The Week Ahead – Yen , Inflation and Cable

The Week Ahead – Yen , Inflation and Cable

No change in interest rates (+1.50%) was decided upon by the Reserve Bank of Australia. However, Professor Harper, a board member on the RBA, said that the RBA is not ruling out a possible rate cut.

“The thing that is causing an issue for us (the RBA board) is slow growth in wages, which is feeding into slow growth in household income.” “If you start to lose that momentum, that might be the basis of some sort of policy action” “You wouldn’t want to be jumping the gun and tightening too quickly,”

An increasingly bullish rate statement. However, wage growth is still the biggest worry for the RBA. 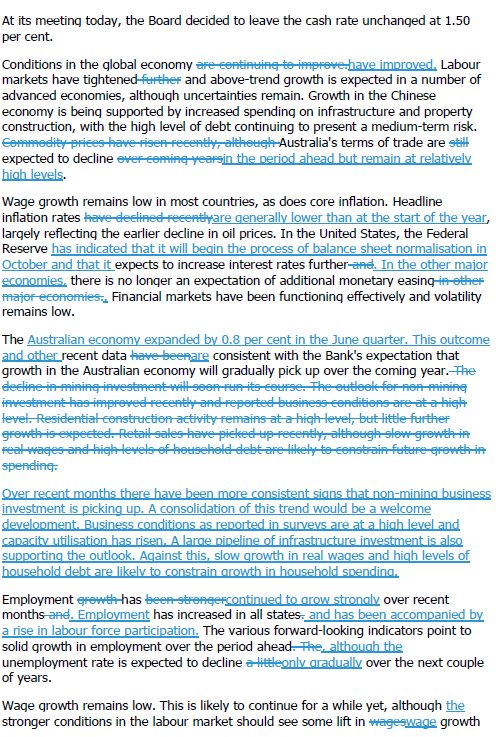 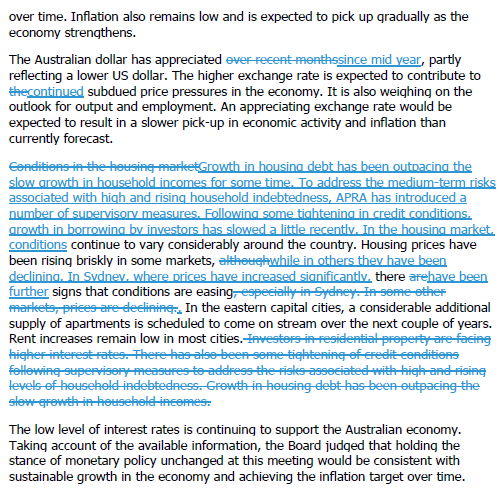 US crude inventories decreased by -6.023 million barrels on the expectation of -0.5 million decrease. Baker Hughes US oil rig count decreased by 2 from 750 to 748. Oil production was 9561 barrels per day for week ending 29/09/2017, an increase from 9547 barrels per day in the previous week. Hurricane Nate is closing in on Louisiana and oil firms are starting to halt production.

Give Trump a pass. There was several hurricanes last month.

Donald says this, Jong-un says that

Donald said “Calm before the storm” without providing any context.

Donald called Jong-un a “rocket man” while Jong-un responded by calling Donald a “mentally deranged U.S. dotard”. Even though it is my opinion that nuclear war will not occur, it is undeniable that tensions between feuding parties have escalated and will continue to do so. North Korea is now threatening to detonate a hydrogen bomb in the Pacific Ocean. What if, in the off-chance, a mistake occurred and a nuclear warhead detonates over the sovereign land of Japan? The result of such a mistake will, without a shadow of a doubt, be a declaration of war.

Informative to see the justification of the Fed for initiating Quantitative Tightening.

A big bearish pinbar was formed at 113. However it is not at any resistance level.

Trump continues to keep tensions around the world high with frequent comments on Iran and North Korea. Just last week he said “Calm before the storm” without clarifying what the storm was meant to refer to.

Inflation may have just have come round in Japan. In August, core CPI rose another two tenths of one percent to a new cycle high of +0.7%. Though 0.7% is still pretty far from the 2% target, it is still progress made by the central bank.

1.17 seemed to be support for EUR/USD when looking at the daily chart. However, when viewing the weekly chart, if 1.17 support does not hold, there is potential that it will drop to the next support at 1.14.

ECB’s target for inflation is “inflation rate of below, but close to, 2% over the medium term.” Inflation does look stable at around 1.5%, which itself is below 2% ceiling.

Looking at the 10 year chart of UK’s inflation, is it not inconceivable that inflation will rise up to 5%? Quoting the Bank of England from monetary policy statement dated 14 September 2017: “Headline and core CPI inflation in August were slightly higher than anticipated.  Twelve-month CPI inflation rose to 2.9% and is now expected to rise to above 3% in October.”

Fed’s rate hike odds is now at 89.2%. Basically a rate hike in December has already been priced in. 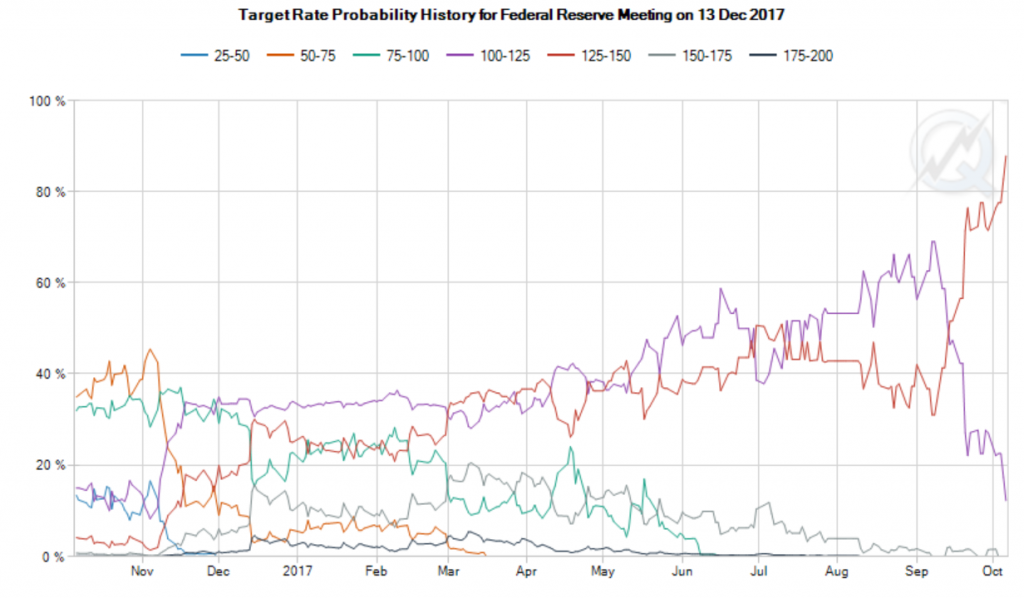 Short sterling is pricing in around 80+% of a rate increase by the Bank of England by December 2017, but not completely.