The Week Ahead – Gold and McGregor both going down

HomeGeopoliticsThe Week Ahead – Gold and McGregor both...

The Week Ahead – Gold and McGregor both going down

US crude inventories decreased by -3.33 million barrels on the expectation of -3.5 million drop. Baker Hughes US oil rig count decreased by 4 from 763 to 759. I believe rig count had topped, but not oil production. Oil production was 9528k barrels per day for week ending 18/08/2017, an increase from 9502 barrels per day in the previous week. Even discounting the lag time between building the oil rigs and the production of oil, it is noticed that a divergence is forming. Oil production continues to climb despite rig count petering out. Technological advancements allowed oil rigs (especially fracking) to be more efficient. 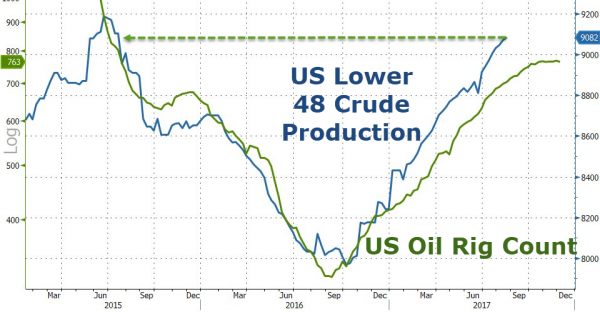 Kuroda reaffirmed BOJ’s commitment to uber-loose monetary policy. “I think for some time we have to continue this extremely accommodative monetary policy.” However, he did confirm that the BOJ is tapering its purchases because of the lack of available sovereign paper to buy. “Since JGBs remaining in the market is going to decline, that means that with one unit of JGB purchase, the impact on the interest rate could be bigger,” Kuroda said. “So that in coming months there will be less and less need to purchase JGBs in order to maintain the yield curve.”

Draghi and Yellen said nothing about monetary policy in their speeches.

Another good jobs report out of US for President Trump?

There is a divergence in monetary policy between the Federal Reserve and the Bank of Japan. The Fed had been and is planning to continue to tighten their monetary policy by hiking Federal Funds Rate and initiating Quantitative Tightening. In the minutes of the July Fed meeting, several members wanted to announce a start date for Quantitative Tightening. However, most members wanted to push back making a decision on when to announce QT to the next meeting (September). Initiation of Quantitative Tightening could really commence in September given the fact that macroeconomic data out of USA had been improving with the exception of inflation. See below.

From the Fed’s July meeting: “Al­though several participants were prepared to announce a starting date for the program at the current meeting, most preferred to defer that decision until an upcoming meeting while accumulating additional information on the economic outlook and developments potentially affecting financial markets.”

Macroeconomic data out of US in recent times had been improving.

Counterargument: The recent war of words between Trump and Kim had led to safe havens like the Japanese Yen to be bought. However, the nuclear war rhetoric between DPRK and USA had died down. Also, it is my opinion, written above, that it is not in the interest of either country to strike the other first and start a nuclear war. The lack of inflation in Japan may not be all that bad for the Japanese economy. This point of view was argued by Noah Smith on Bloomberg View and is a very good read. The probability of a rate hike in December 2017 had been steady between 40% to 50% even when Fed members had been providing dovish comments. 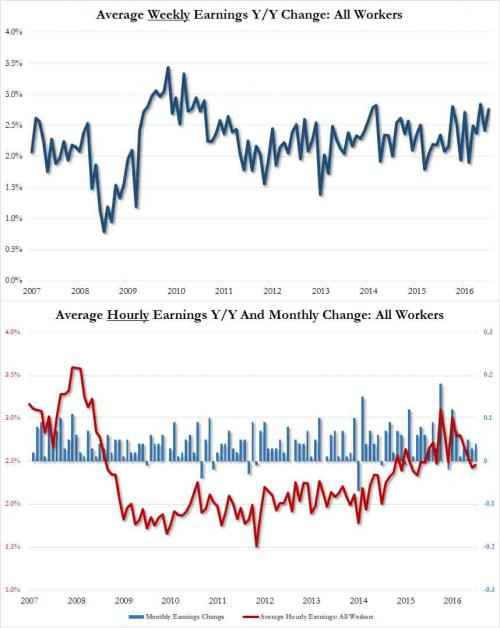 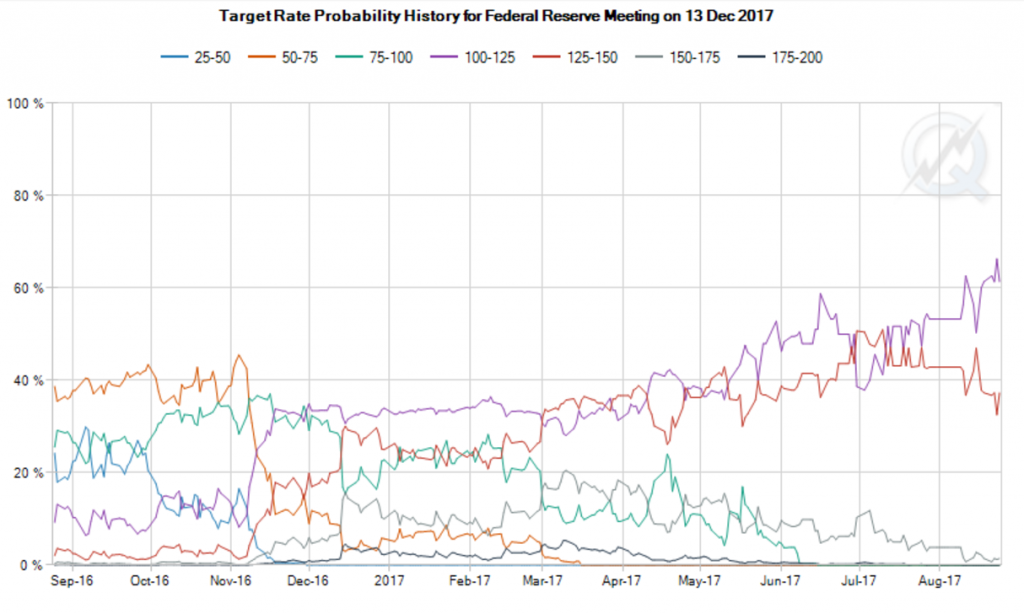 Gold hit resistance at $1300. The recent bullish momentum for gold was mainly due to the spat between Trump and Kim. However, the war of words had died down. It is highly unlikely that the ongoing conflict will lead to a full blown war as explained in a section above. However, the last candlestick formed on Friday appears to be bullish and caution ought to be taken when going short gold. US’s macroeconomic data had been improving in recent times as explained above. That would give the Fed sufficient reason to initiate Quantitative Tightening in September and hike rates in December.