The Week Ahead – Fear & Loathing in Lisbon 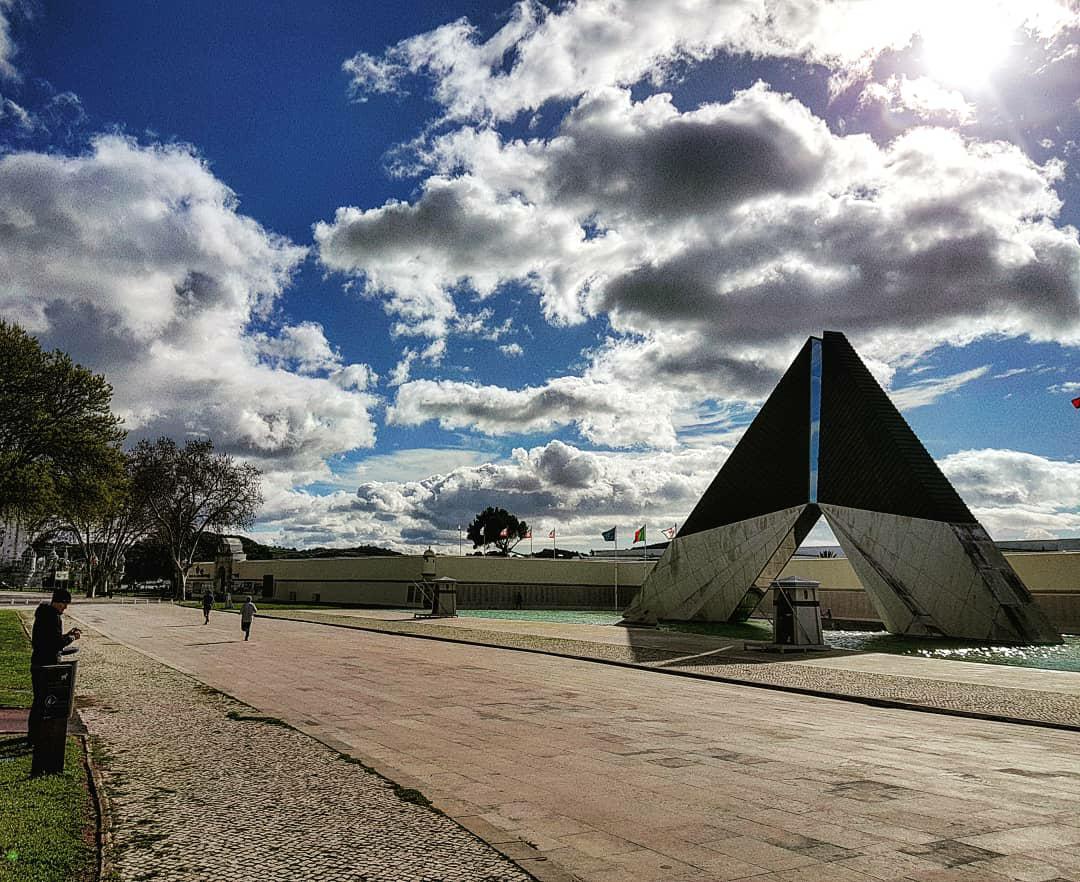 Portugal is fast becoming one of my favorite destinations. Long considered  a drag on the rest of the eurozone’s economies, it is experiencing a turnaround of note. “A crisis of good news” according to Publico, the Portuguese daily. Growth accelerated twice as fast as the eurozone in the first quarter of 2017. Once with the highest unemployment in Europe, the rate is falling at one of the fastest paces in Europe and the economy looks set for it’s strongest expansion in two decades.

About time in my opinion. Lisbon is probably the most under-rated city in Europe. One of the oldest capital cities  and most importantly, an extremely progressive set of drug laws. Effectively all drugs were decriminalized in 2000. Since then hardly anyone dies from overdoses, HIV infection rates plummeted and drug related crimes diminished. Why then hasn’t the country capitalised on this liberal approach to drug tolerance. Holland, Czech Republic and now several states in the US have all benefited extensively from drug tourism. Controversial yes and not for everyone though something to contemplate.

Back to the usual market briefing, equities are on a tear with almost every country making new highs and the dollar index is in it’s fifth week of decline. Inflation is coming. Bloomberg’s Consumer Confidence index hit a new high which begs the question, how long can this last?

US crude inventories decreased by -4.95 million barrels on the expectation of -3.75 million decrease. Baker Hughes US oil rig count increased from 742 to 752. Oil production was 9492k barrels per day for week ending 05/01/2018, a big decrease from 9782k barrels per day in the previous week. Apparently the drop in crude production was due to weather-related factors. Oil production still remains at an all time high. The rise in rig count seemed to be attributed to the strong correlation to the price of oil. Oil production in US is now at an all-time high. The head on battle between US and OPEC continues. 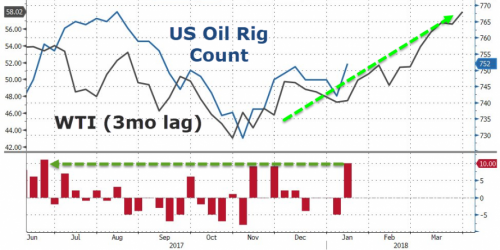 The consumer continues to buy. 5.4% increase in retail sales in December vs a year ago.

Oxford Dictionaries: noun, vulgar slang: An extremely dirty, shabby, or otherwise unpleasant place. ‘this place is a shithole, I hope you know that’

This guy can’t go a week without controversy. Rather than building bridges, he is systematically burning them down. The only question is which group of people or country will be next on his hit list. Well, his xenophobic, racist, white base salivate upon any and every nationalistic racial slur by their leader. I am next to certain that the weak Democrats will bend to his will and give him funding for his “impenetrable, physical, tall, powerful, beautiful southern border wall”. The weak Democrats cannot even get Merrick Garland, a centre-left, confirmed to the Supreme Court with one full year of Obama’s presidency. Trump will get his wall and the democrats will pay for it.

“Remember, Poloz is inclined to let the economy run hot. One indicator he has said he will be watching closely is average hourly wages. They increased 2.7 per cent in December from a year earlier, matching the monthly average in StatsCan data that dates to 1998. But wages only have been rising for a few months, following a long period of decline following the collapse of oil prices in 2014 and 2015.”

Go ahead, jump on the Bank of Canada interest rate hike bandwagon — there’s plenty of reason to

The Federal Open Market Committee (FOMC) consists of twelve members–the seven members of the Board of Governors of the Federal Reserve System; the president of the Federal Reserve Bank of New York; and four of the remaining eleven Reserve Bank presidents, who serve one-year terms on a rotating basis. The roating seats are filled from the following four groups of Banks, one Bank president from each group: Boston, Philadelphia, and Richmond; Cleveland and Chicago; Atlanta, St. Louis, and Dallas; and Minneapolis, Kansas City, and San Francisco. Nonvoting Reserve Bank presidents attend the meetings of the Committee, participate in the discussions, and contribute to the Committee’s assessment of the economy and policy options.

Powell is rated as neutral on monetary policy by the Bloomberg Intelligence Fed Spectrometer, compared to Yellen as somewhat dovish. He’s never dissented as a governor, though no board member has done so since 2005. A survey of 30 economists in March found he was slightly more dovish than average Fed central bankers.

“If the economy performs about as expected, I would view it as appropriate to continue to gradually raise rates,” Powell said in a speech in June. “Inflation has been below target for five years and has moved up only slowly toward 2 percent, which argues for continued patience, especially if that progress slows or stalls.”

“Efficiency has to be equally important with safety and soundness in our regulatory responsibilities,”

“We need to achieve safety and soundness, but where we have choices we need to make the most efficient choices.”

To conclude, much depends on the evolution of inflation. If, as many forecasters assume, the current shortfall of inflation from our 2 percent objective indeed proves transitory, further gradual increases in the federal funds rate would be warranted, perhaps along the lines of the median projection from the most recent SEP. But, as I noted earlier, I am concerned that the recent low readings for inflation may be driven by depressed underlying inflation, which would imply a more persistent shortfall in inflation from our objective. In that case, it would be prudent to raise the federal funds rate more gradually. We should have substantially more data in hand in the coming months that will help us make that assessment.

Dudley: Look, I think it’s very clear you don’t want to keep monetary policy too accommodative for too long. This is something that Chair Yellen talked about in her testimony. Because if you do, then you’re going to have to hit the brakes really hard later, move up rates very sharply and that could actually cause the next recession. So slow and gradual seems to me the right way to proceed, moving monetary policy relatively early to make sure the economy doesn’t overheat and that can actually allow you to sustain the economic expansion.

“I‘m still in that place,” Atlanta Fed President Raphael Bostic said of backing a December rate hike. “I‘m going to stay open (minded) but right now I‘m in a place where I‘m comfortable with the notion of continuing to go on our pace of a more balanced monetary policy.”

“I am not as troubled by where inflation is today. There is good reason to believe it is going to come back up,” Mester said at a monetary policy conference at the Cato Institute. Given the depth of the 2007 to 2009 economic shock, she said, an extended period of weak inflation “should not have been unexpected.”

“From today, four rate hikes through the end of next year is still kind of my base view,” Williams told reporters after an economics forecast luncheon. Williams rotates into a voting spot on the Fed’s policysetting panel next year. “We need to get from here to roughly 2.5 percent fed funds rate over the next couple of years.”

The death of the Phillips curve and the flattening of the yield curve.

Bloomberg authored a very insightful article on the flattening of the yield curve and the breakdown in inverse correlation between unemployment rate and inflation rate.

From the December’s FOMC minutes, Neel Kashkari explained his dissenting vote on the rate hike:

“In Mr. Kashkari’s view, while employment growth remained strong, wage growth had not picked up and inflation remained notably below the Committee’s 2 percent target. In addition, the yield curve had flattened as long-term rates had not moved higher even though the Committee raised the federal funds rate target range. He was concerned that the flattening yield curve was partly due to falling longer-term inflation expectations or a lower neutral real rate of interest. He preferred to wait for inflation to move closer to 2 percent on a sustained basis or for inflation expectations to move up before further raising the target range for the federal funds rate.”