The Week Ahead – Black Rain

UK CPI y/y was +2.9% in August, above consensus expectation of +2.8% and also above July’s figure of +2.6%. It is pretty darn close to the 3% hard ceiling whereby if breached, Mark Carney got to write an open letter to the Chancellor of the Exchequer to explain his failure to keep inflation within acceptable limits.

Quoting the Bank of England “If the target is missed by more than 1 percentage point on either side – i.e. if the annual rate of CPI inflation is more than 3% or less than 1% – the Governor of the Bank must write an open letter to the Chancellor explaining the reasons why inflation has increased or fallen to such an extent and what the Bank proposes to do to ensure inflation comes back to the target.” 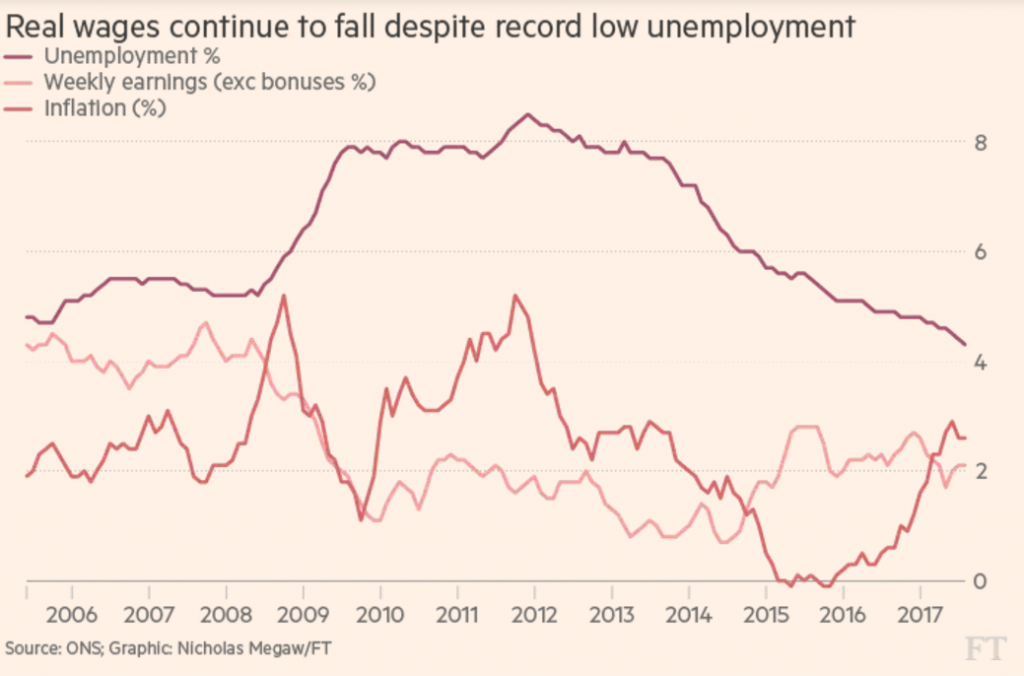 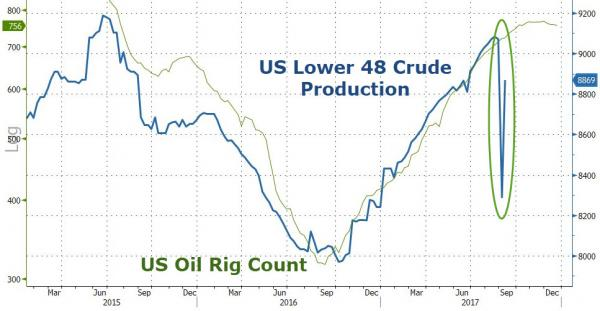 Vote on Bank Rate went down ideological leanings. 7 members (all doves) voted to keep the bank rate unchanged while 2 members (hawks) voted to raise it by a quarter point.

Dr Gertjan Vlieghe, one of the most dovish members in the MPE, gave a hawkish speech, a day after the BOE released a hawkish monetary policy statement. His voting record is as follows: 0 to increase, 18 to maintain, 2 to reduce. He was the only person that voted to reduce the bank rate in the first BOE MPC meeting that followed the Brexit referendum. Without significant data on Brexit’s negative impact to the UK economy, he decided to vote to reduce the bank rate. That vote showed me that he is a very dovish individual. However, his stance on interest rates have changed. He, a dove, is now hawkish.

Goldman Sachs have readjusted their call on BOE rate hike from Q4 2018 to November 2017.

Though still under Fed’s 2% inflation mandate, it seemed that inflation is picking up.

Another draw in inventories? Will oil production recover from Hurricane Harvey?

Probability of Federal Funds Rates remaining unchanged stands at 98.6%. However, initiation of Quantitative Tightening is the thing to look out for.

Parsing through the Statement on Monetary Policy Decision by Reserve Bank of Australia  dated 05 September 2017, it seemed to suggest that issues that were holding them back from raising rates were starting to dissipate and become less significant when making their decisions.