BREXIT
Last week was memorable for the GBP but as we thought limited in terms of the actual Brexit negotiation. As such, what appeared to be a positive development and a potential concession from Europe proved decidedly short-lived with Michel Barnier stating over the weekend that he “strongly opposed” the Prime Ministers Chequers proposal on future trade.

Therefore, the rally seen last week has been completely reversed with the last leg lower attributed to the latest UK manufacturing PMI data which is now at a 25-month low, with new export orders contracting for the first time since April 2016, and business optimism dipping to a 22-month low. 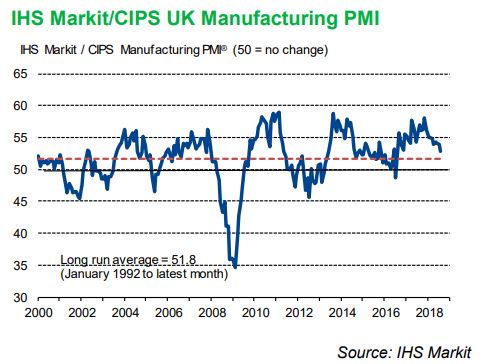 Politics is to remain a key force for sterling’s direction moving forward, and with both Labour and Conservative Party conferences coming up in a few weeks’ time, the developments are likely to remain a catalyst for GBP movement for some time to come. 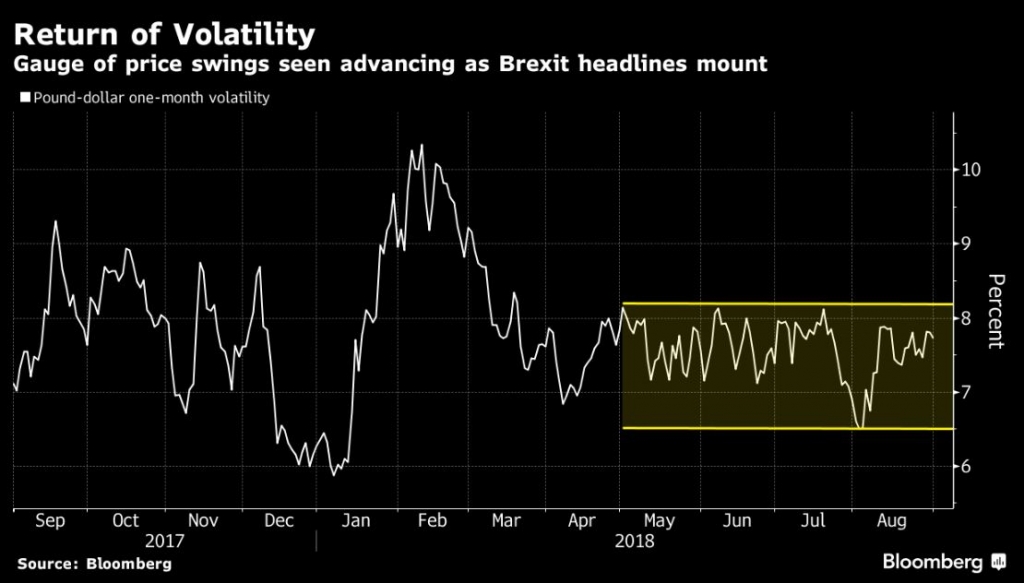 On a separate note, UK Parliament returns from summer recess on Tuesday which already has seen former foreign minister Boris Johnson fire his latest shots at the Prime Minister, suggesting her Chequers plan is equivalent to waving the “white flag” going into the crux of negotiations.

Finally, as the Tory Party conference at the end of the month approaches (Sept 30-Oct 3rd) it would not be surprising to see this type of assault, and attempt to disrupt May’s leadership, become even more acute meaning a risk of increased volatility for Sterling and potential for further downside risks to the Pound. 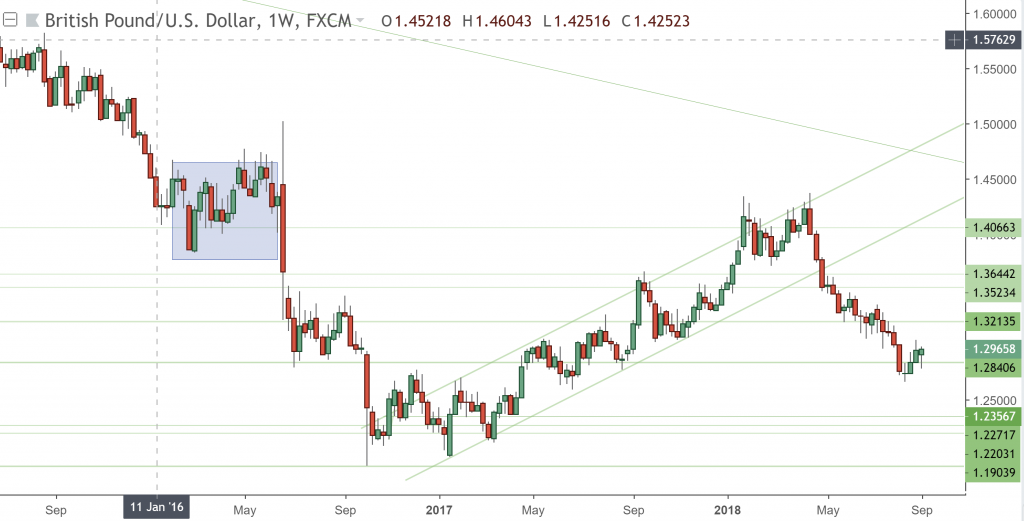 US equities remain in bull mode and as noted by Bloomberg, if history is to be repeat itself the S&P 500 has moved higher after Labor Day every year since the bull market started in 2009, having gained on average 7.2%.

Risks to the relentless rise in US equities comes in the form of EM contagion and Trump protectionist talk rather than economic data itself. I say this with full knowledge that NFP is coming this Friday which I see as limited in its potential to move the needle for market participants and members of the Fed alike. As such, although there is room for a temporary pull-back I would still prefer the long at this point in time. 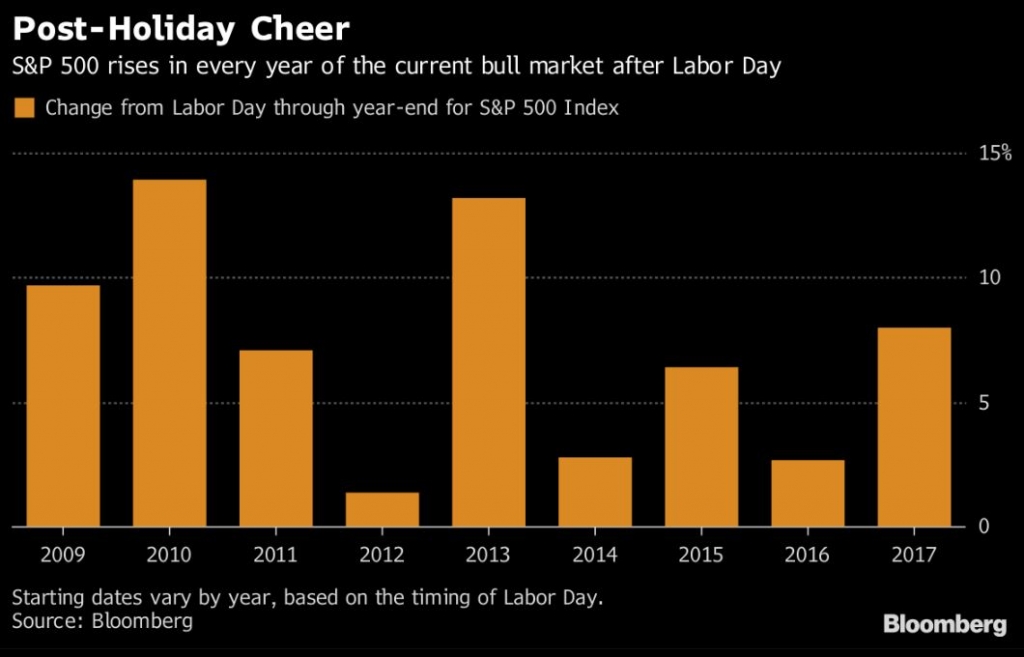