As projected by the International Energy Agency (IEA), oil supply will continue to outpace demand for the fourth consecutive year, driving stockpile accumulation into 2017. Technological advancements have allowed producers to extract oil at record high rates even though demand is suffering.This oil glut is creating emerging market currency outflows from producers and suppressing inflation in developed markets.
It remains to be seen whether the recent agreement to an output freeze by OPEC members holds true.
Against this fundamental backdrop i have detailed a crude oil checklist below and attached the relevant documentation.

Global Services PMI’s are making slow and steady progress reporting 51.6 in September, up from 51.3 in August.
Over the third quarter as a whole, the rate of expansion was the weakest since the final quarter of 2012. 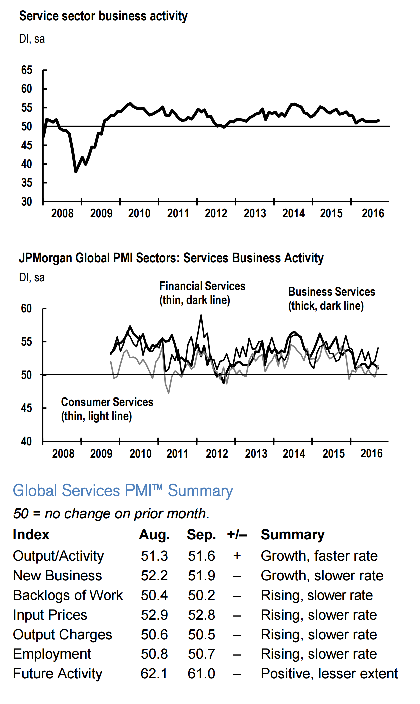 Global Manufacturing and  Services PMI’s came in stronger on the previous month at 51.7.
Despite coming in above the neutral 50 level, the expansion remains relatively subdued compared to its long run average. 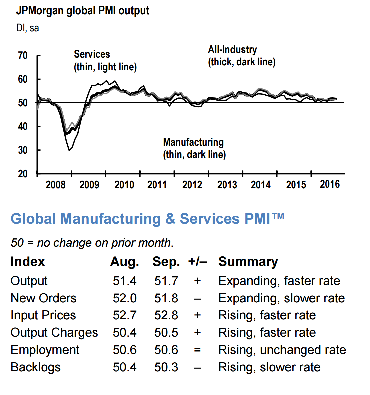 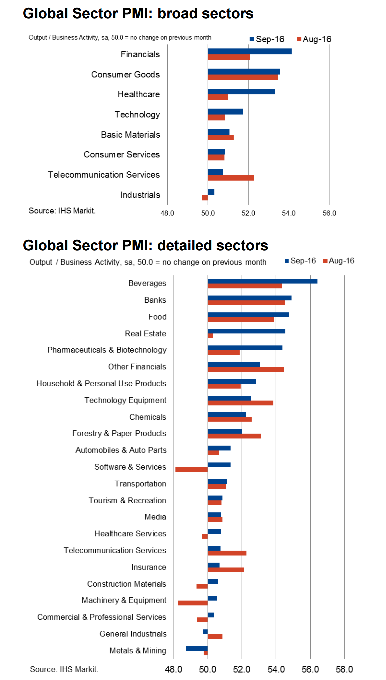 The cumulative view from the above PMI’s shows stagnant to low growth globally.

Crude oil production has fallen since 2015. 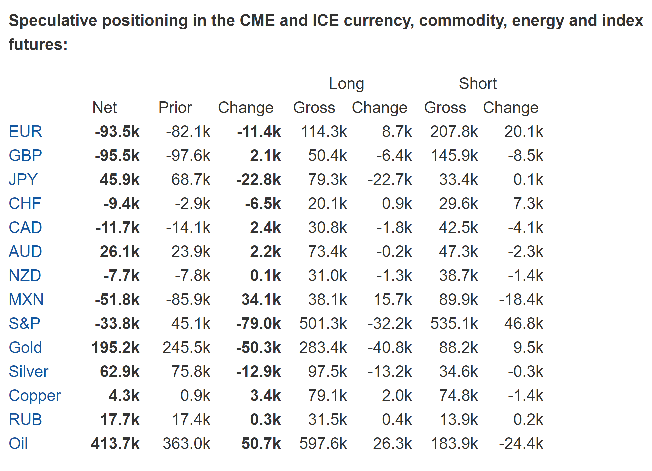 US Dollar breaking to upside of two year range, bullish in nature 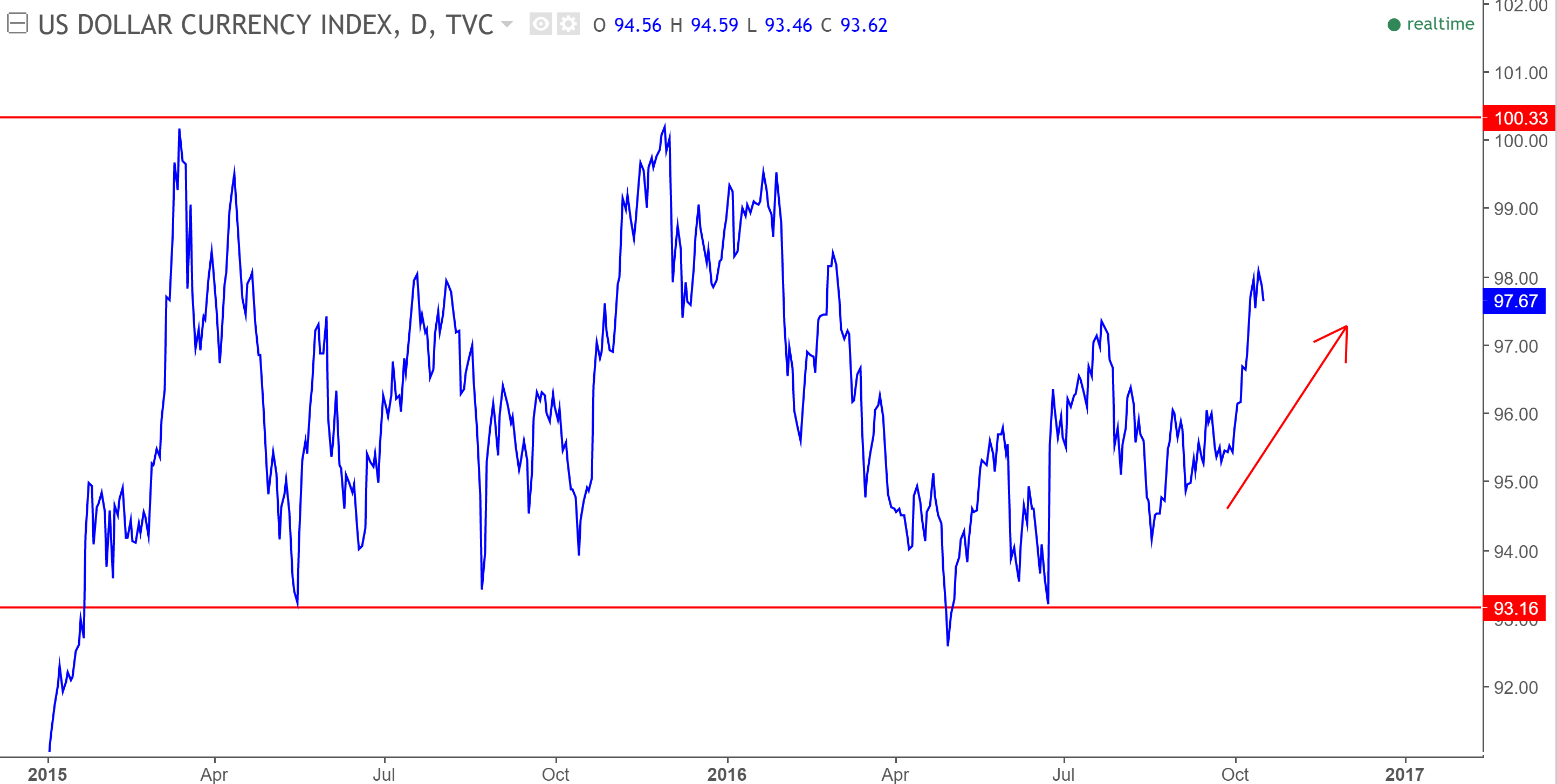 In conclusion, four out of the five variables in our crude checklist are favorable towards a short bias in crude oil going forward.
Economic activity as measured by the Global PMI’s gives us a tepid signal of growth.

From a technical perspective, the MACD is exhibiting a moving average crossover and a histogram divergence.
Price printed higher highs whilst the RSI shows a double top formation. 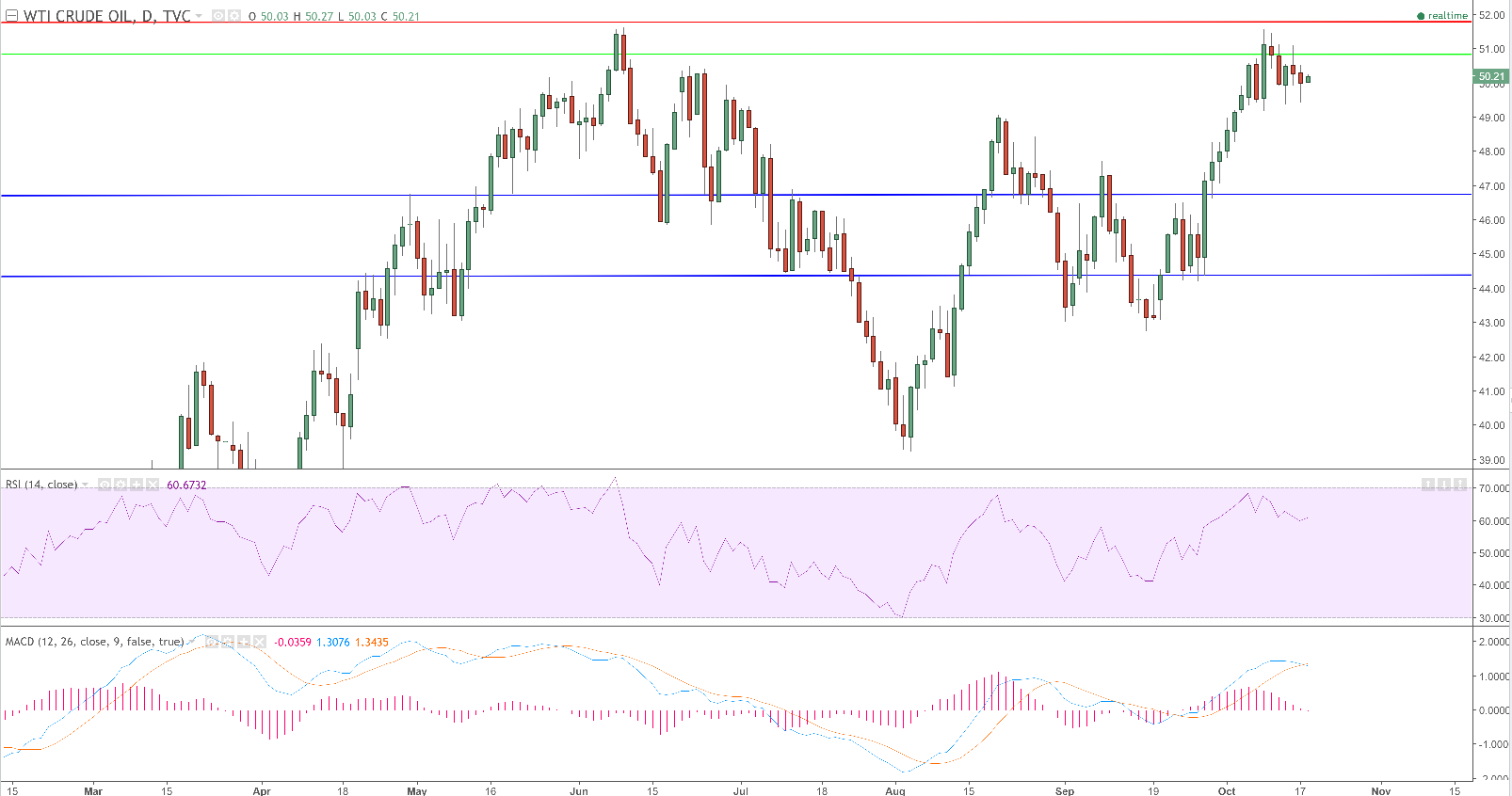 Past performance is not indicative of future results. Trading forex carries a high level of risk, and may not be suitable for all investors. The high degree of leverage can work against you as well as for you. Before deciding to trade any such leveraged products you should carefully consider your investment objectives, level of experience, and risk appetite. The possibility exists that you could sustain a loss of some or all of your initial investment and therefore you should not invest money that you cannot afford to lose. You should be aware of all the risks associated with trading on margin, and seek advice from an independent financial advisor if you have any doubts.