The Week Ahead – Silver, Sugar and Canadian Dollars

HomeEconomyThe Week Ahead – Silver, Sugar and...

The Week Ahead – Silver, Sugar and Canadian Dollars

Oil prices today are driven almost entirely on OPEC member nations agreeing to cut their oil production and US continuing to increase theirs. Therefore on aggregate, Qatar’s conflict is net bearish for oil. Destabilisation of oil supply is not a driving factor at the moment. However, I do not see this conflict affecting the agreed production cut by OPEC. OPEC nations seemed pretty resolute in their stance to comply to their targets cuts.

US crude inventories increased +3.925 million barrels on the expectation of -3.25 million drop. Big difference between the figure released by DOE and API. API expected a decrease of -4.62 million barrels. Baker Hughes US oil rig count rose another 8 from 733 to 741.

The  ECB did not change the all three of their interest rates and kept their net asset purchases at the same pace as before (€60 billion). Keeping their monetary policies unchanged was widely expected. However their statement was less hawkish than what was expected.

The key sentence was as follows: “The Governing Council expects the key ECB interest rates to remain at their present levels or lower for an extended period of time, and *well past* the horizon of the net asset purchases.”

ECB did remove the phrase “or lower” but kept “well past”. In plain English, the ECB does not expect to lower interest rates further but expects to keep it at the current low levels for a significant duration after ending their Quantitative Easing programme.

326 was the magic number Conservatives needed to become the government (50% of House of Commons seats +1). Unfortunately / fortunately, Theresa May failed to overcome this extremely low hurdle. To be exact, Conservatives lost 13 seats when compared to 2015 General Elections (331 to 318). Conservatives had a ~20% lead in the popular vote when Prime Minister May called for a snap elections 3 years early. That ~20% lead on Labour withered down to a paltry 2.46%. Although Conservatives won the most seats, they did not attain a simple majority to become the government outright and therefore had to form a coalition government with the DUP.

The world is screaming for change, away from the status quo. They are no longer interested in Establishment “don’t rock the boat” politicians. In the case of United Kingdom, that would be Theresa May and her Conservative party. She ran an absolutely boring, uninspiring campaign (just like Hillary Clinton) because she expected the electorate will automatically vote for them (career politicians) and did not see a need to win their vote over. Rather than strengthening her hand in Brexit negotiations, her hand just got much weaker.

UK CPI rise had been solely driven by the depreciation of the British pound. Expectation is for +2.7% increase in CPI y/y in May. It was +2.7% in April.

June rate hike is now “baked in the cake”. Despite weak macroeconomic data out of US, the Fed through its statements seemed resolute in raising Federal Funds rate in this meeting. The current rate hike probability stands at 90%.

USD/CAD has come up to resistance at 1.3520. Selling short at that area and with target set at bullish trend line around 1.3250 would be favourable.

Implying from the language the Bank of Canada issued in its most recent statement, it seem to suggest that the BOC does not think that “lower oil prices” will continue to be a drag on the economy. The BOC had not made such an assertion before and this pivot towards increased confidence in its economy is something to take note. Will the BOC start to tighten its monetary policy just like what the Fed in USA had been doing? The probability of an increase in interest rate in the next meeting has definitely risen.

4) Labour market seemed weak in April and May

According to the chart, the price of WTI is at the trend line.

Silver from a technical perspective 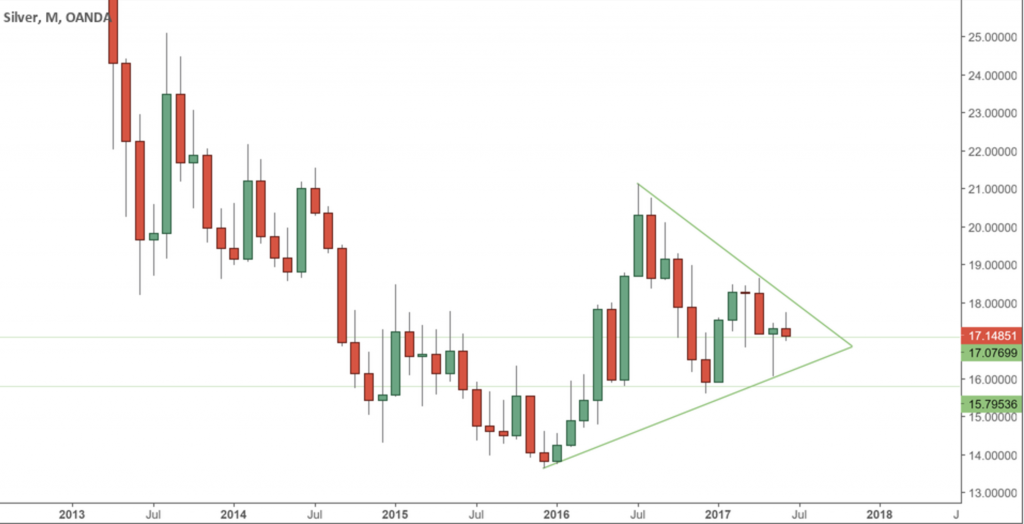 An interesting symmetrical triangle pattern appears to be nearing its apex on the silver monthly contract. I wont hazard a guess as to the direction of the breakout but this does bare paying attention to.

Since the start of the year, the Sugar #11 contract has lost about a third of its value and is approaching an area of support where it has bounced in the the past. I’m not expecting a reversal in the trend by any means however this could be an area to cash in on existing short positions. 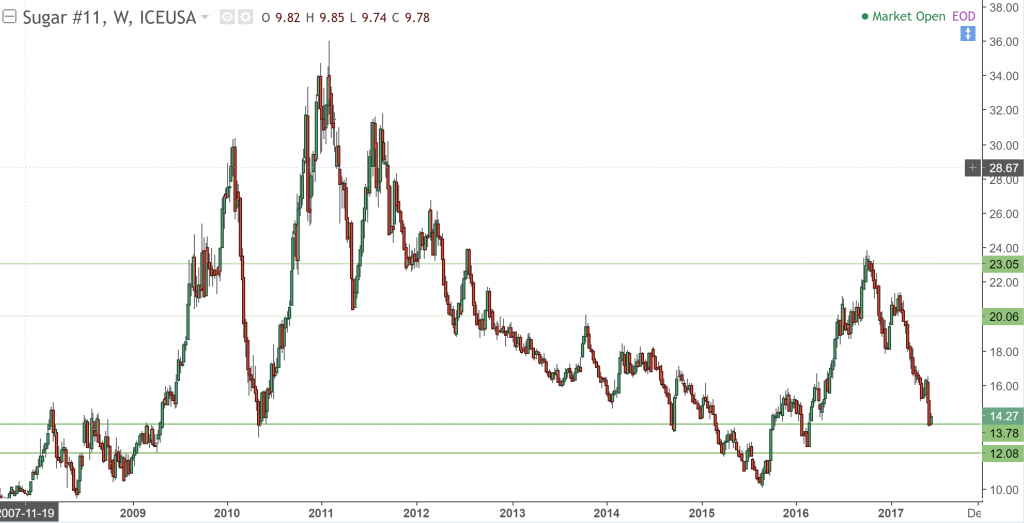 A personal piece from our analyst in Singapore

NTU (the university I am studying), established in 1991, was ranked 11th by QS, surpassing National University of Singapore (NUS) for the first time. 11th is the highest ranking any Asian university has ever achieved. In Singapore, NTU is often referred to as “the other university” because NUS is perceived to be more prestigious and established while NTU is seen to be inferior. At 11th, NTU is placed ahead of many prestigious universities like Princeton, Cornell, Yale, Columbia, U Penn, UC Berkeley, Duke, LSE, etc. It is my hope that Singapore universities do gain more recognition and acceptance by the international community and be seen on the same level as those in the Ivy League and Oxbridge. Another point to note is that NTU had been ranked #1 among universities under 50 years old (Top 50 under 50) since 2014. 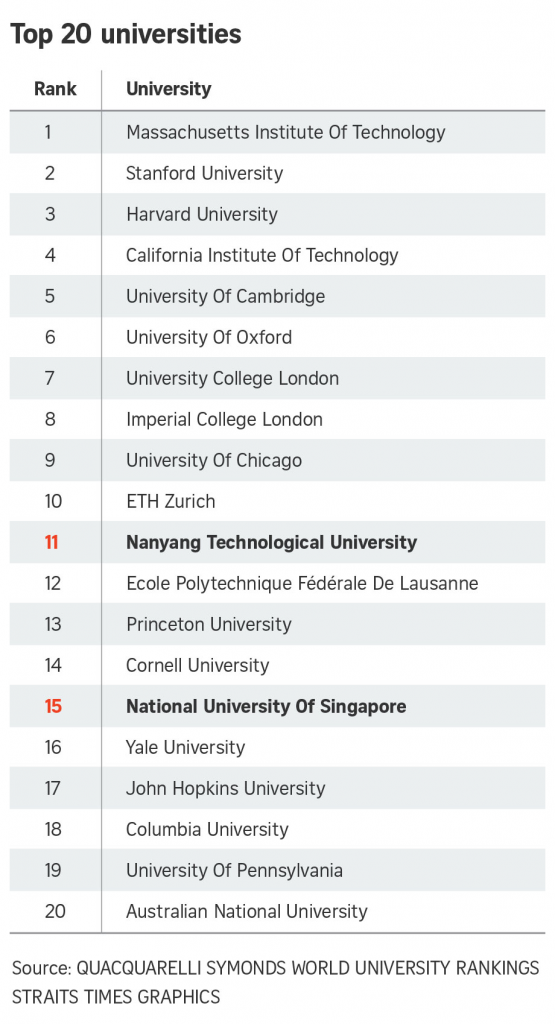