Prices of consumer goods continue to rise at an increasing pace because of the weak British Pound caused by Brexit leading to higher prices of imported goods and services. UK’s CPI for the month of May rose +2.9% y/y on the expectation of +2.7%. April CPI was +2.7%. Wage growth at +2.1% continues to lag the pace of price increases which means real wages continue to be negative. The fact that inflation was getting up to pretty high level started to influence the interest rate decision by the Monetary Policy Committee (MPC). This week the MPC had two more voting members (1 to 3) that were in favour of raising interest rates by a quarter point (25 to 50 basis points). 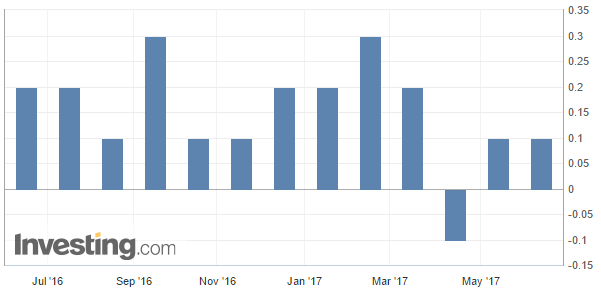 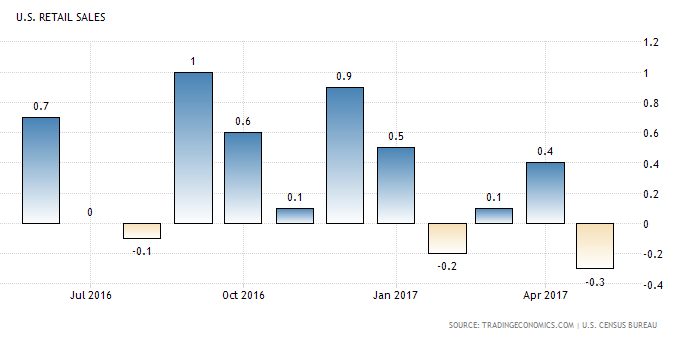 US crude inventories decreased -1.66 million barrels on the expectation of -2.45 million drop. Baker Hughes US oil rig count rose another 6 from 741 to 747.

The Bank of England decided to keep their monetary policies unchanged. But in this meeting, there was a caveat, and quite a significant one. The vote to keep the Bank Rate at 0.25% was 5 to 3 (Kristin Forbes, Ian McCafferty, Michael Saunders) as compared to 7 to 1 (Kristin Forbes) in the previous meeting. With inflation in UK on an upward trajectory and coming very close to 3%, it may not take much for the vote to flip in favour for a rate hike in the next meeting. UK’s CPI was 2.9% in May and BOE’s inflation target is 2%.

“CPI inflation has been pushed above the 2% target by the impact of last year’s sterling depreciation.  It reached 2.9% in May, above the MPC’s expectation.  Inflation could rise above 3% by the autumn, and is likely to remain above the target for an extended period as sterling’s depreciation continues to feed through into the prices of consumer goods and services.  The 2½% fall in the exchange rate since the May Inflation Report, if sustained, will add to that imported inflationary impetus.” 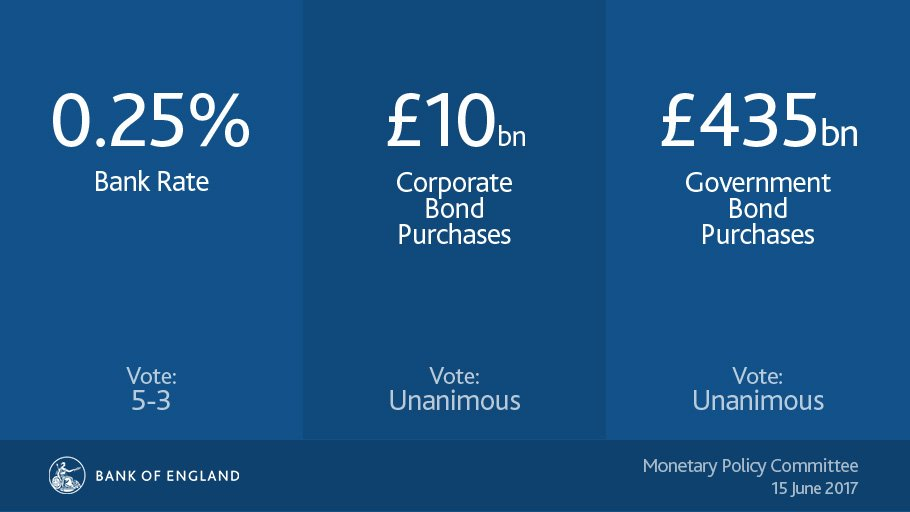 “The Bank will continue with “Quantitative and Qualitative Monetary Easing (QQE) with Yield Curve Control,” aiming to achieve the price stability target of 2 percent, as long as it is necessary for maintaining that target in a stable manner. It will continue expanding the monetary base until the year-on-year rate of increase in the observed CPI (all items less fresh food) exceeds 2 percent and stays above the target in a stable manner.”

No change is expected out of the central bank of New Zealand.

Nasdaq-100 had corrected quite a bit from the recent swing high but it seemed to have taken support at 5690. The bull run is still in play despite hawkish hike out of the Fed last week.

Similar story as Nasdaq-100, FTSE-100 had corrected from its recent swing high and had taken support at 7400. If given the chance, going at 7420 will be nice. The bull run is not over until the market says so.

WTI bullish trend line support seemed to have been broken to the downside this last week. If a short position on US OIL had not been placed last week at around $46, the opportunity to do so may have left already. Nevertheless, another opportunity may come by if and when it retraces back up. If indeed the trend line was broken, the weekly chart seemed to suggest that the next level of support would come in at $42 and then $40.

The chart of USD/CAD showed that it is currently residing on the support trend line that was established since May 2015. Last week on the daily chart, a bullish pinbar was formed indicating buying interest at around 1.32 area which is where the trend line lies.

“The Putin Interviews” by Oliver Stone

For most of our lives, we have been overwhelmed by the mainstream media pointing the blame for everything bad at Russia. The word “Russia” has become synonymous to anything corrupt, plutocratic, and authoritarian. This series of 4 episodes directed by Oliver Stone gives a rare but insightful counterargument to the narrative the mainstream media spouts out on a daily basis.

One of the recurring points that Putin reiterates was his view that the United States had been and will continue to use its Allies in the Western Bloc as “vassals” to solidify the US government’s power over the world. With the United States’ iron grip on its Allies, “few countries are truly sovereign.”

“Nowadays, NATO is a mere instrument of U.S. foreign policy. It has no allies, it has only vassals. When a country becomes a NATO member, it is very hard for it to resist pressure from a big country … like the United States.”

“Worldwide there are not so many countries that have the privilege of sovereignty.”