The Week Ahead – French Elections

The Week Ahead – French Elections 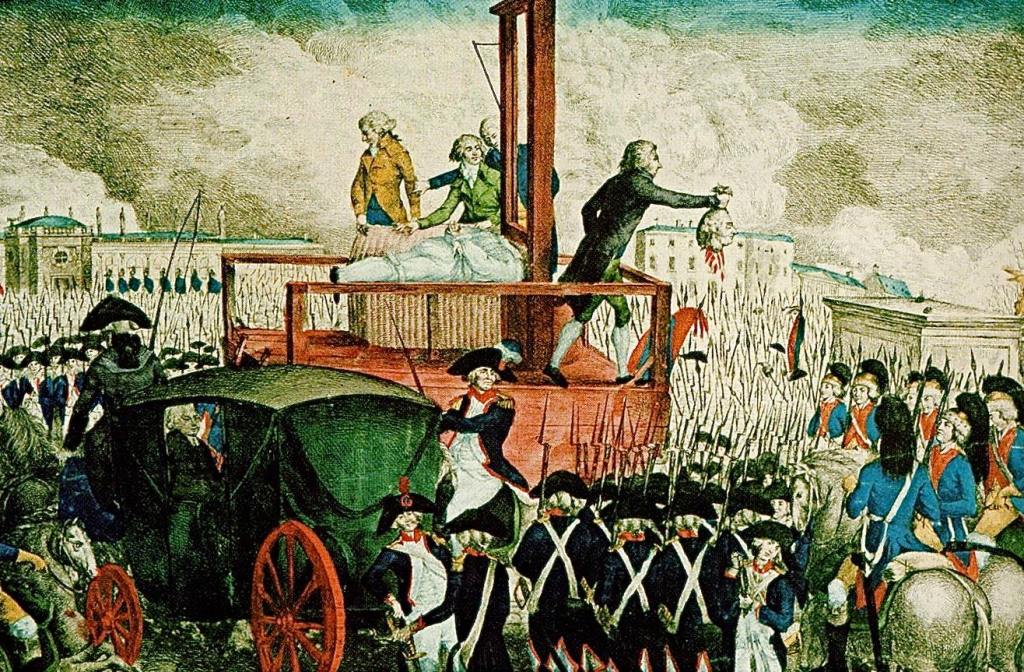 The Reserve Bank of Australia, as expected, made no changes to its cash rate (+1.50%). It was a non-event.

US crude inventories dropped -930k barrels on the expectation of -3 million drop. Baker Hughes US oil rig count rose another 6 from 697 to 703.

The Federal Reserve kept the Federal Funds Rate unchanged at 75 to 100 basis points as expected. It seemed more than coincidental that the Fed in recent past had never acted to change monetary policy when no scheduled press conference was scheduled after their announcement. When this occurs too frequently, no longer can it be considered an anomaly or chance. Rather, it is a pattern.

When taken collectively, the statement is hawkish and it seems pretty clear that the Fed wants to raise rates in their next meeting. The rate hike odds for June currently stands at 78.5%. Quarter 1 GDP seemed to have always been weak in US and this appeared to be true with 2017 Q1 GDP coming in at a measly +0.7%. By using the word “transitory” to describe Q1 GDP, the Fed seemed to only care about the other three quarters in the calendar year and pretend Q1 did not occur. In other words, the Fed prefers to use a filter when looking at data. If the data was bad, the Fed will pretend it was an anomaly. If the data is good, the Fed will approve of it, reinforcing the narrative that their policies are working. Rather than cherry picking, they should instead take all data collectively and equally and then make decisions based on that. 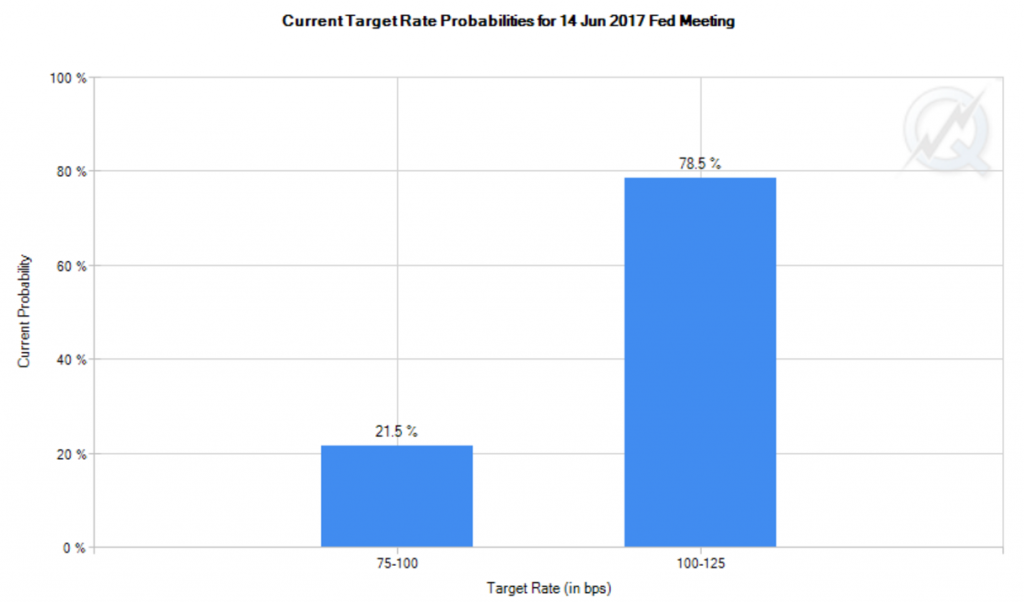 The House of Representatives of the US Congress voted in favour to repeal and replace Obamacare. The vote was 217 to 213, implying 20 Republican representatives voted against the bill. The bill will now go to the Senate where another uphill battle is expected among the 52 republican senators. A political victory for President Trump but potentially long term devastation for the GOP.

Centrist Macron beat the far right wing Le Pen. Macron  lead by 24 percentage points going into the election. It would have take a Trump-like systematic error in polling for Le Pen to pull off a victory. Betting markets also shows Macron way ahead of Le Pen and called it correctly for a change.

“On Sunday, the people of France annoyingly retained their traditional right to claim intellectual superiority over Americans, as millions of French citizens paused to enjoy just how much smarter they were than their allies across the Atlantic.”

The expectation is for no change (+1.75%) in interest rate in New Zealand.

The expectation is for no change in monetary policy in United Kingdom.

With a positive April jobs report, the bull run in stock market continues. I was thinking that the 2400 previous high would act as resistance and that the gap at 2350 will have to be filled first. With such a bullish Friday candlestick, my bearish fears were allayed. Pull back to 2380 will give a good opportunity to go long the stock index.

USD/CAD has been following a bullish trend line for over two years now. Recently it popped above horizontal resistance at around 1.36 and is now coming back down to that level again. Waiting for it to come back down to support and then deciding whether to go long would be wise. Next resistance on the weekly chart is at 1.46.

WTI has recently broken a key technical trend line to the down side. Generally, breaking of supports and resistances occurs because of shifts in fundamental posture. US oil production continues to trudge upwards and the rig count increasing unabated. OPEC try as they might had clearly lost the battle against the United States shale producers.

The Fed continues their hawkish rhetoric and tightening their monetary policy. The Canadian central bank had been and will continue to be helpless in terms of monetary policy. Oil prices had been depressed and are forecasted to be continue to be depressed for some time. Therefore the Bank of Canada cannot raise interest rates because the Canadian economy is highly dependent on the exportation of crude oil. The Bank of Canada can only keep interest at rock bottom +0.5% or lower it further. A divergence in monetary policy is seen between the United States of America and their Canada.

A small point to add is the willingness of President Trump to pull out of the North American Free Trade Agreement (NAFTA). NAFTA is a free trade agreement between three countries; USA, Mexico, and Canada. At the moment, Trump had decided that he will not pull the USA out of NAFTA. Instead, he indicated that he is open to renegotiating the terms of the agreement. USA pulling out of NAFTA will be more detrimental to the other two nations than USA because of the relative size of their economy.

Theresa May, the politician, has taken a page out of Donald Trump’s book. She has called for a general election during a time when the people are angry about the status quo and therefore the electorate has shifted to the right of the political spectrum. Just this weekend, local elections showed the Tories gaining more ground at the expense of Labour and UKIP. The world is shifting to the right and she knows it, therefore she called for a general election on the 8th of June. The Tories are expected to crush Labour and extend their lead in Parliament.