The Reserve Bank of Australia kept their interest rate unchanged at 1.50%. The interest rate differential between the Australian and US Dollar continues to shrink.

China’s Trade Balance came in at -60 billion yuan on expectation of a surplus of +172 billion yuan had its first trade deficit in 3 years. The reason for the deficit was caused by the week long Chinese New Year holidays. We will have to watch closely to see if this is a one off event or a new bearish trend.

US crude inventories increased +8.2 million barrels last week, making it the 9th consecutive week of inventory build. US oil rig count increased another 8 to 617 from 619.

Chinese CPI for the month of February came in at a lackluster +0.8% on the expectation of +1.9%. It was +2.5% for the month of January. We will have to see whether this is an anomaly or is it a change in the trend.

The European Central Bank kept all three of their main interest rates unchanged. However, Mario Draghi gave the market several hawkish statements that hints that the end of very loose monetary policy is nigh.

He stated that the “balance of risks to growth has improved” and that the ECB no longer had a “sense of urgency”. He also stated that policymakers “do not anticipate that it will be necessary to lower rates further”. The ECB also removed the reference to use ALL instruments. Bloomberg also reported that the ECB did discuss on the possibility of raising interest rates before the end of Quantitative Easing. With their hawkish stance, it is no surprise that EUR/USD appreciated in value.

The first full month jobs report came in strong and this bodes well for President Trump’s rhetoric of jobs growth in America. 235k jobs were created in the month of February on the expectation of 196k. January’s figure got upwardly revised from 227k to 238k. Unemployment rate dropped a tenth of a percentage point from 4.8% to 4.7% (expectation was for 4.7%). Average hourly earnings (m/m) came in at +0.2% on expectation of +0.3%. January’s figure was revised upwards from +0.1% to +0.2%.

The price of crude oil broke strong support at $51 last week. Shale 1, Sheikhs 0. The ball in now in the Sheikhs’ court. What will they do in response to the drop in price? Will Saudi Arabia continue to give up market share to the Shale producers?

When it comes to technology, deflation is great. To write off unconventional oil technology is akin to writing off the emergence of the smartphone and digital photography. 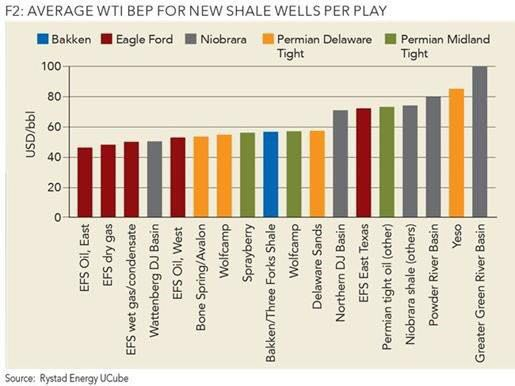 Expectations are for the Fed to hike their interest rates by a quarter percentage point from 0.50-0.75% to 0.75%-1.00%. This rate hike event would be a non-event given the fact that March rate hike odds currently stands at 88.6%. The posture (hawkish/dovish) the Fed takes regarding interest rates going forward should be what market participants will pay attention to. The market is now pricing in the probably of June rate hike. June odds of at least 1 hike stands at 53.0%.

Questions to keep in view. What happens if President Trump underperforms and delivers less than promised? Will the Fed then backpedal their tightening stance and revert back to loosening?

The expectation is for no change in the BOJ’s monetary policies.

Consensus is for no change in monetary policy out of the BOE. This should be a non-event.

Fed members came out in droves this 2 weeks ago to jawbone the idea that a March rate hike is highly likely. This has caused the market to massively increase their implied probability of a March hike which now stands at 88.6%. It stood at 79.7% just last week and 26.6% two weeks ago. The rate hike odds did actually hit 100% some time last week. With all the hype of a March rate hike, EUR/USD does not seem to buy into that notion and is taking support at 1.05-1.06.

There was no change in monetary policy out of the European Central Bank. Mario Draghi gave the market several hawkish statements that hints that the end of very loose monetary policy is nigh. He stated that the “balance of risks to growth has improved” and that the ECB no longer had a “sense of urgency”. He also stated that policymakers “do not anticipate that it will be necessary to lower rates further”. The ECB also removed the reference to use ALL instruments. Bloomberg also reported that the ECB did discuss on the possibility of raising interest rates before the end of Quantitative Easing.

I am also of the opinion that the European economy is improving. The EU inflation rate (y/y) has been tracking upwards almost every month ever since it made a low of -0.2% in April 2016. It is currently at 2% (February 2017). Unemployment rate in the European Union made a high of 11% in March 2013 and had been steadily decreasing ever since. It currently stands at 8.1% (February 2017). Given the fact that inflation rate is currently at 2% and that the ECB’s mandate is to keep inflation close to but under 2%, is it not the right timing to start tightening monetary policy to maintain their price stability mandate? With steady improvements made in price stability and labour market, would not it be the right timing to start tightening monetary policy?

A point to note is that EU CORE inflation (that excludes energy and food) had not followed the trend of headline (total) inflation.

115 on USD/JPY had been an area of resistance. A small daily bearish pinbar was formed on Friday. Selling at 115 area targeting 112 seems attractive.

On the expectation of a rate hike in March, long US Dollar has become a very crowded trade. Since March rate hike had already been priced in, the chances that “buying the rumour and selling the fact” happening is not low. There is of course the very slim but real possibility that the Fed does not deliver the rate hike everyone is predicting.

Looking across the (other) pond, we see that Japanese year-on-year inflation rate in the past year is trending upwards. Although still far from the Bank of Japan’s 2% inflation target, we see that the inflation rate is nowhere near the lows established 5 months ago at -0.50%. Therefore the odds that the BOJ will loosen monetary policy further is very low. Keeping monetary policy unchanged as predicted by consensus seems to be the option of highest probability.

Thoughts of the Week

A picture speaks a thousand words. After breaking through $1000, bitcoin continues its march upwards. News agencies are getting all excited that bitcoin is now worth more than an ounce of gold. Will a bitcoin eventually be worth more than a share of the Dow? The rally in Bitcoin, and now Ethereum, are testimonies on how much faith people place into fiat currencies that are issued by governments backed by trust of the people.

BTC/USD sold off on the ruling by the SEC that disallowed the making of a bitcoin ETF. The proposal of an bitcoin ETF was made by the Wrinklevoss brothers, (the original founders of Facebook?). After selling off, BTC/USD took support at $1000. The march continues.

The amount of money printing done by the Federal Reserve, as reflected by the quantity of assets they hold, is just staggering. The amount of debt accumulated by the United States is just as shocking. The moral injustice of politicians borrowing from future generations to pay for the desires of today is just appalling.