The Week Ahead: Damage Control

The Week Ahead: Damage Control

Once again the stock market has correctly predicted the outcome of a US presidential election.It is what’s going on under the surface of the market that really fascinates me.The stock market represents the hopes and fears of hundreds of millions of people at once. A collective or hive mind. We are entering into year end and seasonality is a decisive tailwind during election years. Historically, Seasonal strength runs into January as can be seen in the chart below from Strategas Research Partners. 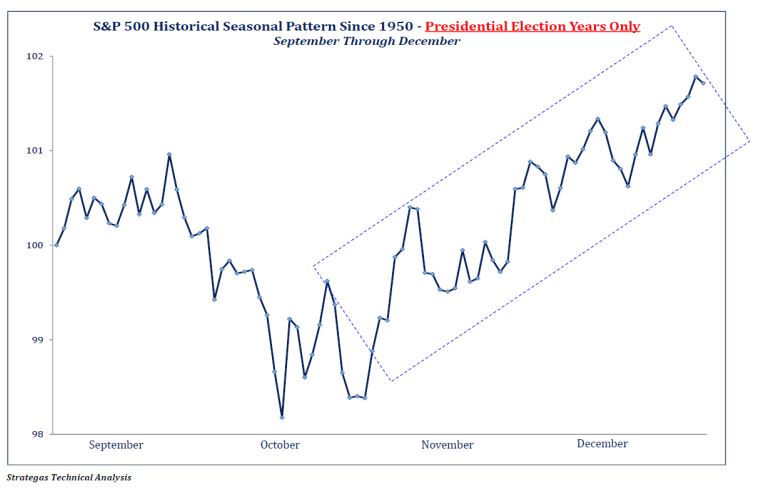 Trump and the Republicans managed to get control of the House and the Senate in an election that defied polls and forecasts but not the market. A mandate like this is the exception rather than the norm in US politics.

Important components of Trump’s message have been tax cuts, infrastructure and defense spending which will inevitably hurt the deficit but stimulate the economy and the markets are signaling that fiscal stimulus is coming.

These industrial metals are highly correlated with global economic growth. 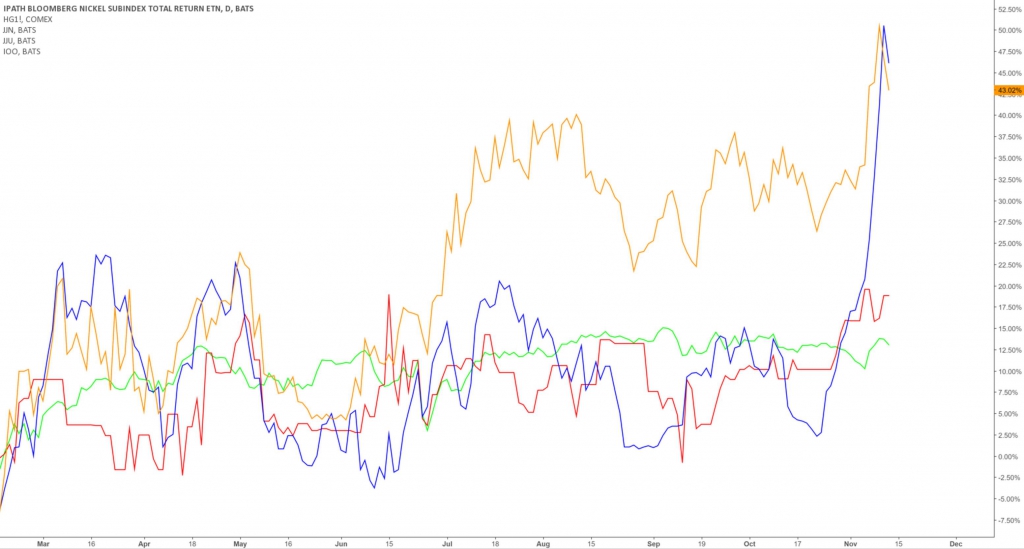 The industrial sector of the market is also leading in the US with truckers, air freight and even Fedex outperforming.

All of these factors correlate to industrial production.

Moving over to the bond markets and the US 10 year yield has skyrocketed almost 30 basis points in two days and the yield curve has steepened which explains the rally in US banking shares.

What all this is telling me is that the incoming party brings expansionary and likely inflationary fiscal and monetary policies with it.

The most fascinating part of all of this is that the “inflation trade” had begun playing itself out since Q2, months before the election. The stock market had figured things out way before the election in an almost eerie way. I guess that’s why they call it a leading indicator.

I have stated repeatedly that we are in the late stage of the business cycle.

In the final stages before the next economic recession the following asset classes tend to perform well: TIPS (Treasury Inflated Protected Securities), bonds, commodities, and late stage sectors like energy and healthcare. Emerging markets would ordinarily be on the list however the rhetoric from the President Elect makes me cautious on these markets.

Trumps plans to increase the deficit and run inflation at higher levels will definitely favour commodities, gold in particular and floating rate bonds.

The Dow Jones industrial average broke through to historical all time highs and the SPX reached pre-election levels.

As far as i can tell, this was due to the Tech sector being punished. Trump felt that Silicon valley had ganged up against him and threatened to get even with them after the election.

Tech fell hard for several days after the election but appears to have found a bottom and this is why i believe the entire market didn’t advance after his election.

Bitoech, pharmaceuticals, healthcare, banks and energy are all on my watchlist as the incoming administration has promised to end regulations in these industries.

Conversely i am cautious on environmental stocks, alternative energy and utilities as these sectors will be adversely impacted by rising inflation.

The dollar is on an absolute tear, reaching levels that are probably going to be detrimental to the US economy and even more so for emerging markets. 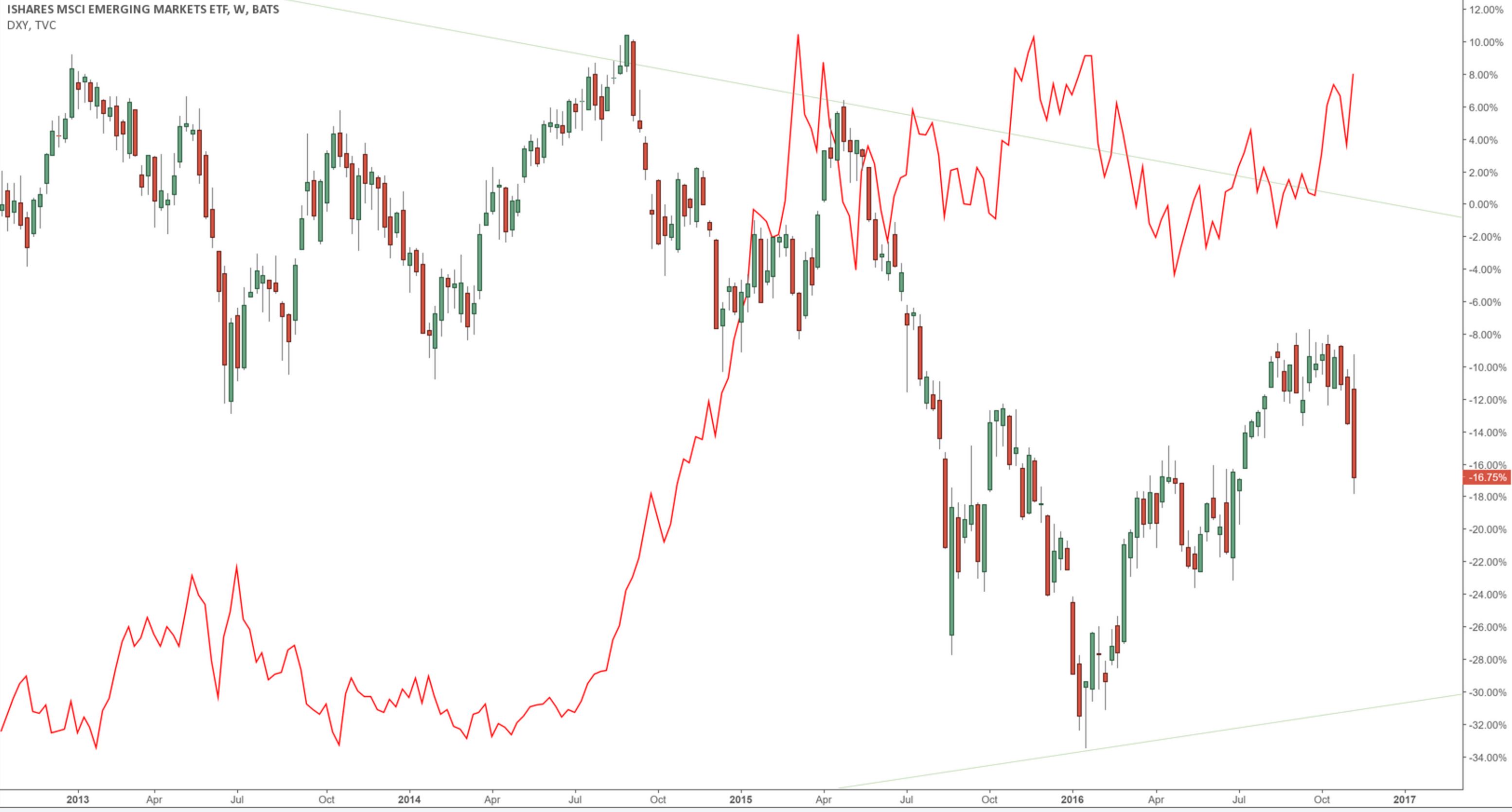 In a final bit of news, Iran has boosted oil output at three of its western fields as rival OPEC member Saudi Arabia called for a collective output cut later this month to help rebalance the market. This adds fuel to our already profitable oil short and casts doubt on whether OPEC has any power to influence the markets anymore.