The Week Ahead – Bitcoin and Tulips

HomeGeopoliticsThe Week Ahead – Bitcoin and Tulips

The Week Ahead – Bitcoin and Tulips

US crude inventories dropped -4.43 million barrels on the expectation of -2 million drop. Baker Hughes US oil rig count rose another 2 from 720 to 722.

Implying from the language the Bank of Canada issued in its most recent statement, it seem to suggest that the BOC does not think that “lower oil prices” will continue to be a drag on the economy. The BOC had not made such an assertion before and this pivot towards increased confidence in its economy is something to take note. Will the BOC start to tighten its monetary policy just like what the Fed in USA had been doing? The probability of an increase in interest rates in the next meeting has definitely risen.

The main points from the minutes are as follows:

The Fed, through its May statement, is posturing a high probability of a June rate hike.

A clear piece of evidence of the Fed’s willingness to continue increasing interest rates is as follows. “Although the data on aggregate spending and inflation received over the inter meeting period were, on balance, weaker than participants expected, they generally saw the outlook for the economy and inflation as little changed and judged that a continued gradual removal of monetary policy accommodation remained appropriate.”

The Fed attributed the poor Q1 GDP growth to it being “transitory” which in plain English means outlier or non-consequential. “The staff judged that the weakness in first-quarter real GDP was probably not attributable to residual seasonality and that it instead reflected transitory soft consumer expenditures and inventory investment.”

Overall, a pretty hawkish statement by the Fed (during a period of time when the macroeconomic data out of USA had been poor).

Another draw down in crude oil inventories?

It is the first Friday of the new month and that means NFP day. 186k jobs are expected to be created in May (211k in April) and unemployment rate to remain unchanged at 4.4%. Average hourly earnings is expected to increase by +0.2% in May vs +0.3% in April.

For the past 6 months, USD/JPY had been in a downtrend as seen from the series of lower highs and lower lows. On the daily chart, it is observed that the 120 support zone was broken to the downside on Wednesday. US Dollar weakness was due to increased probability of a Trump impeachment and weakening US macroeconomic data. 1) According to Predict It, betting markets currently puts a Trump impeachment at around 19%. At the start of May, the odds was residing at around 9%. 2) Poor US Q1 GDP at 1.2% 3) CPI continued to trend downwards in April 4) Poor retail sales in April.

Selling USD/JPY at around 120 when it retraces back up to that zone would be favourable for a target at 109.50.

The Japanese economy is growing at a steady pace (+2.2% annualized in Q1 and fifth consecutive quarter of positive growth) and this has made the Japanese Yen stronger these past months.

Counterargument to short USD/JPY will be as follows. 1) Labour market in US remains robust. 2) Language out of the Fed had been hawkish and market is now placing the odds of a June rate hike at 77.6%.

Final thoughts on short USD/JPY idea: The Fed monetary policy announcement is in 2 weeks and 4 days. The tenet the Federal Open Market Committee seemed to concern itself most in recent times had been the weak economic growth in the US in Q1. They think that the weak growth rate in Q1 was transitory and not something to really mull over. What will the FOMC do when macroeconomic data out of US continues to under perform their expectations? Will they become “data-dependent” and not hike in June? When looking at the June Fed rate hike odds, it seemed to have hit a resistance at 80%. 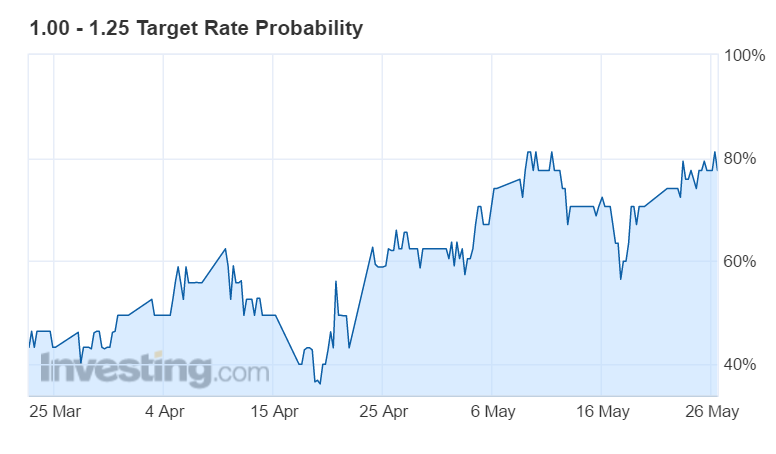 The bull run in stock market continues. S&P 500 is currently taking support at 2360 zone off the bullish trend line. The big drop in the stock market was primarily attributed to increased probability of a Trump impeachment and hence that made the market jittery. Buying at 2400 when it retests that support would be a good opportunity to go long the index. 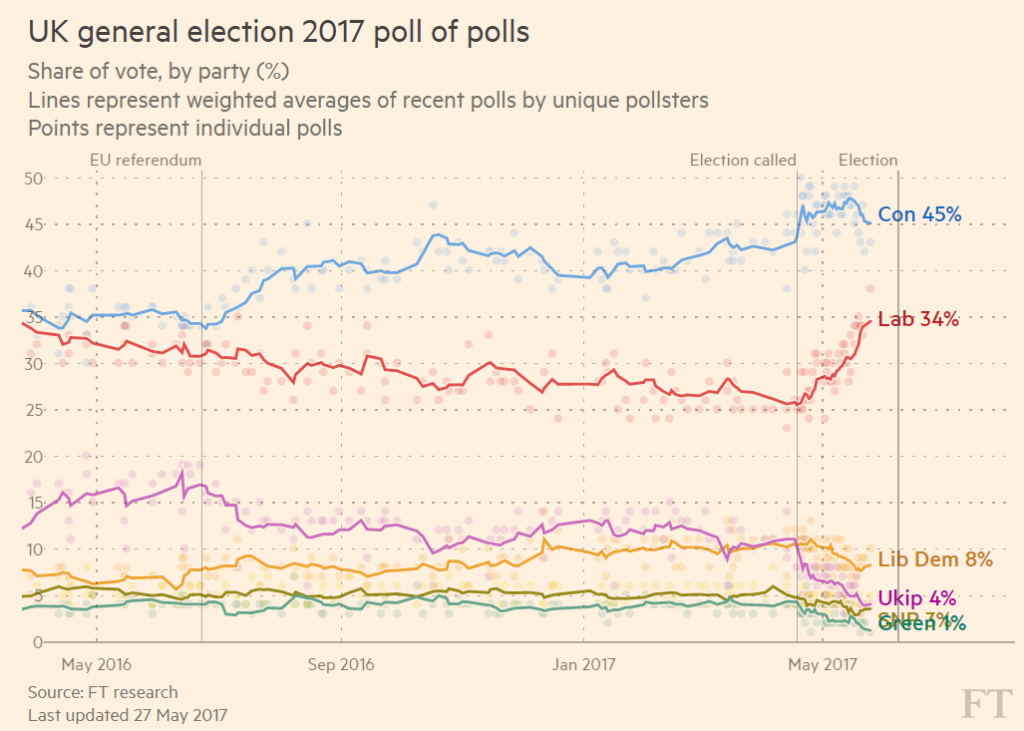 I am of the opinion that bitcoin is a bubble.