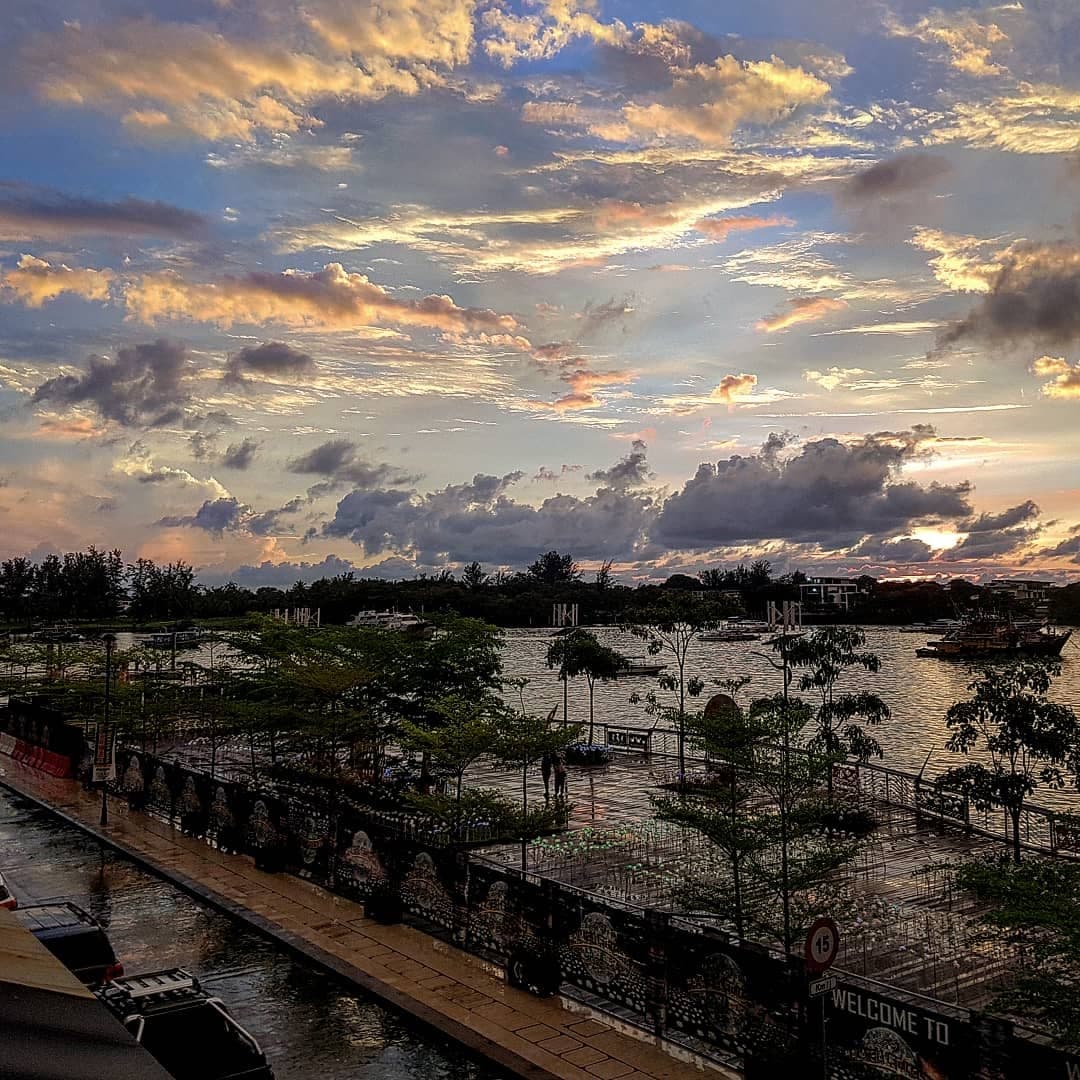 After a long hiatus I am back at my desk and slowly piecing together the shattered fragments of my mind. Last week saw US interest rates completing a multi-year reversal pattern and breaking out over a three-decade long downtrend line. Thirty years of euphoria inducing easy capital. My two week bender pales in comparison and the resulting economic come down of this can only be exponentially more devastating.

It is believed that interest rates move in generational cycles and the chart below has confirmed a long-term trend towards higher interest rates. This trend is across the entire US duration curve and appears to have been followed by similar moves in many other global benchmarks. While I do not expect rates to suddenly surge, the trend is clearly in the direction of higher rates and this has consequences. 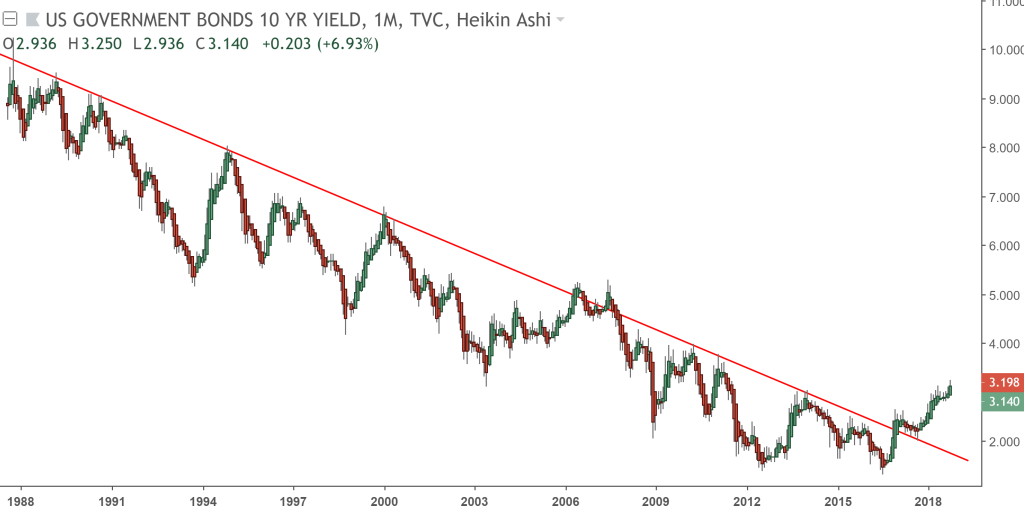 In our over-leveraged world, the cost of capital is the life-blood of most businesses and a key factor underlying consumer spending.

As credit gets more expensive, interest expense will eat into the earnings of most businesses. As funding costs increase, consumer discretionary income will also decline.

As yields on government bonds increase, the relative attractiveness of equities will decrease — particularly if they’re undergoing a secular trend towards declining profits. Interest rates truly are the defining factor, when it comes to financial markets.

This may sound like an abstract concept so let me show how this affects all of us including those without exposure to the financial markets.

My better half is convinced that now is the time to buy a condo is Bangkok so this is also a subtle memoir to her. A move from a 2% cap rate to a 6% cap rate would entail a 2/3 decline in value of the property and possibly worse if rental income also declines.

If there was a mortgage, it is likely that the mortgage does not cover the equity value — even if it was conservatively mortgaged at the time.

Now set the same paradigm to equity markets and add some financial leverage for good measure. Remember, equity multiples do not only reflect current funding costs — they also look forward many years into the future.

If the expectation is that rates will continue rising, this must be now discounted into future valuation multiples. If history is any guide, this adjustment may be sudden due to all the margin debt outstanding. I believe we are about to enter one of the most interesting (dangerous) moments for financial markets since 2008 — especially as valuations are as stretched as at any time in history.

I’m not crying out for a crash or being a harbinger of doom. All I am saying is that rates are going to NORMALISE. Capital has bandied about like free molly at a gay squat party. It’s awesome until you have to check into the clinic the following Tuesday.

All good things inevitably come to an end. That time is on the horizon. 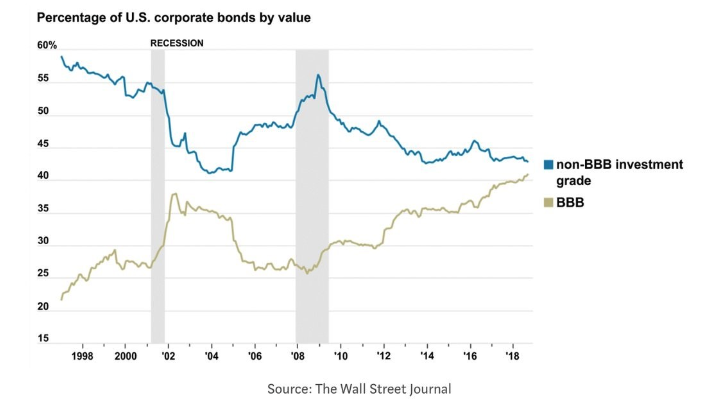 The 2008 crisis was largely the result of failed debt ratings. In 2007 there were 55 companies with a perfect AAA rating, in 2010 just 27 and today only Johnson & Johnson and Microsoft have AAA rated debt. 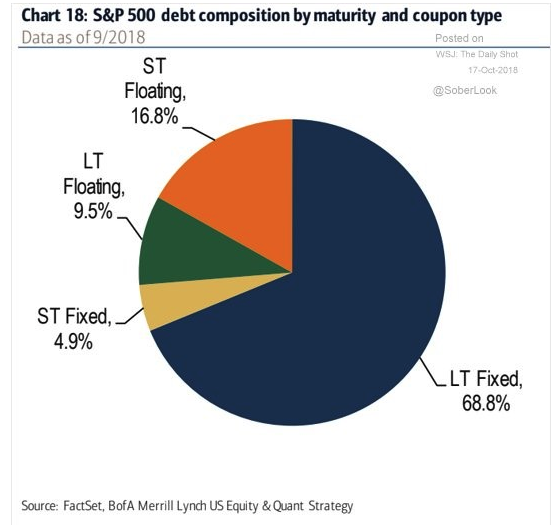 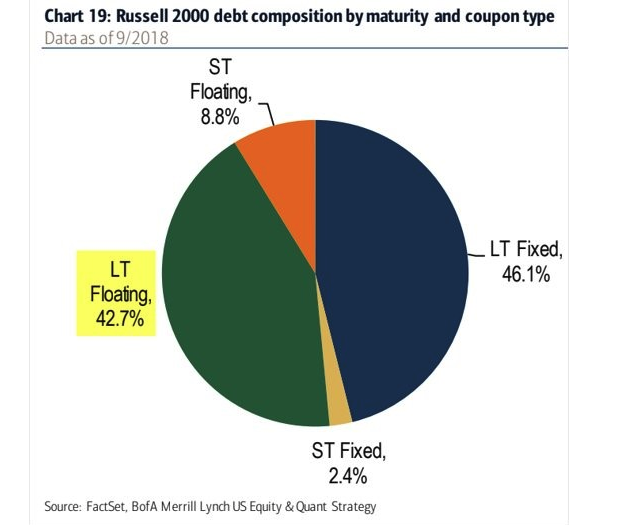 The take away from the above two charts is that small caps have a greater exposure to floating rate debt, approximately 50% of outstanding debt. This in itself can be seen as a time bomb. The good news is that their earnings are improving however traders may regardless maintain selling pressure if rates keep increasing.

Energy, utility, and tech sectors are the most exposed to higher rates. Generally, telecom stocks and utilities fall when rates rise because their stocks trade off their high dividend yields almost like a bond. Their high debt can mean higher rates offer an additional negative for these sectors. The energy sector is built on debt which is why the junk bond market sold off when oil fell from late 2014 to 2016.

With all this being said I am long the S&P and short the Russel. A trade that has paid well this year and mitigated much of the downside risk. I’m still bullish on the US economy in the medium to long term.

Saudi Arabia’s “Davos in the Desert” kicks off amid an exodus of many high profile participants following the death of the dissident journalist. https://www.theonion.com/saudis-admit-journalist-khashoggi-died-during-botched-a-1829787419

It’s a huge week for tech earnings, with Amazon, Alphabet, Microsoft and Intel all due to report.

Tuesday, Bank Indonesia’s rate decision will garner plenty of interest. While policy makers are expected to hold rates, the rupiah’s tumble this year will have FX traders poring over every utterance from Governor Warjiyo.

Among key data highlights this week, Singapore and Hong Kong CPI are due Tuesday and Japan’s flash manufacturing PMI Wednesday.