Simmering beneath the surface 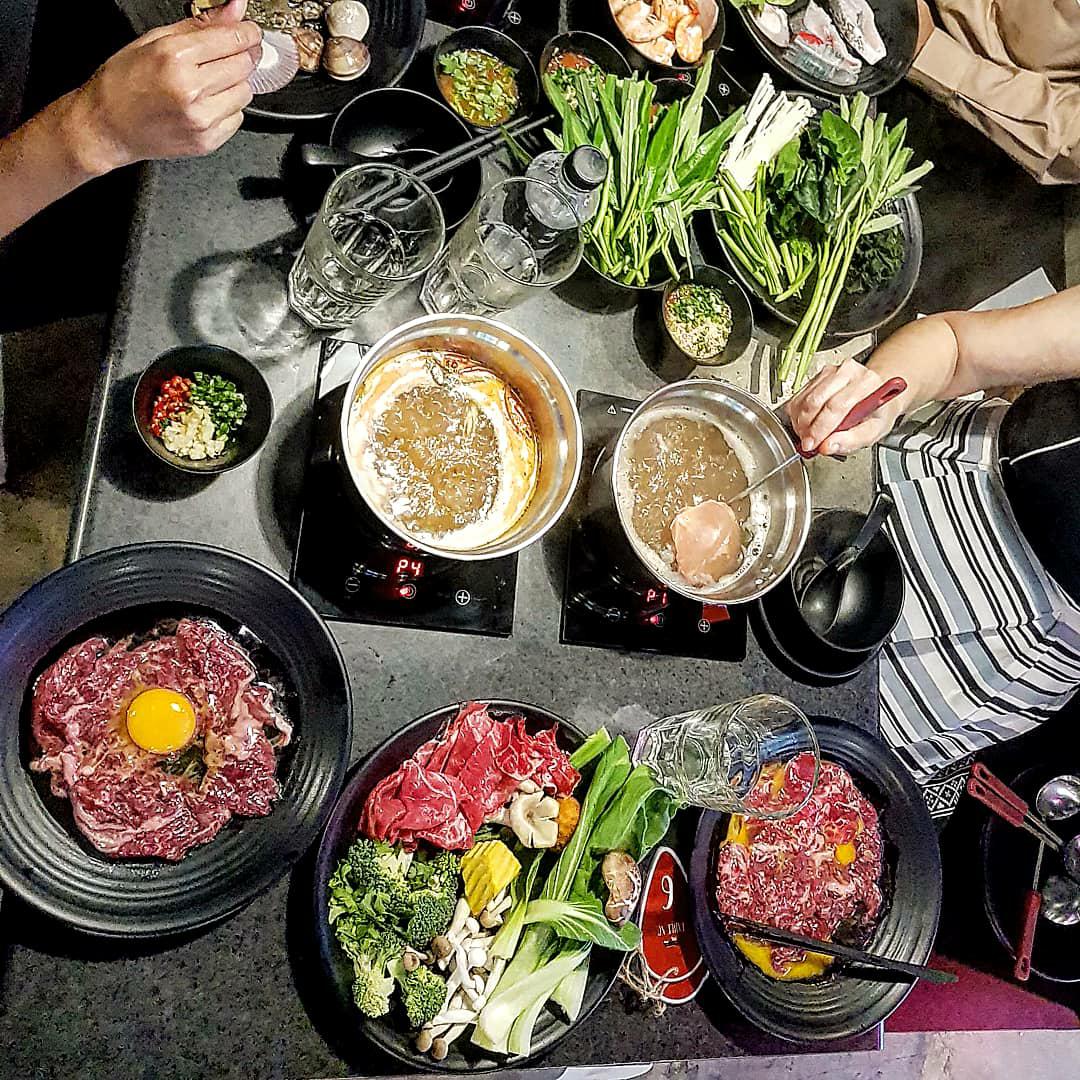 It feels that we are in the second half of the latter stage of the current market cycle.  This is the period when inflation naturally increases; inflation causes the price of commodities to rise even without any additional scarcity.  Near term, oil prices likely head higher. With rising inflation comes rising rates and ……. 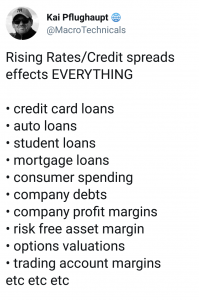 Donald Trump: “Trade wars are good and easy to win.” “I’m all about trade wars.”

Frederic Bastiat, 1825: “When goods do not freely cross borders, soldiers will.”

Alan Greenspan: “Protectionism will do little to create jobs and if foreigners retaliate, we will surely lose jobs.”

Benjamin Franklin, 1776: “No nation was ever ruined by free trade.”

Ben Inker of GMO Research: “As a general rule, when you add the word ‘war’ to your description of an event, it’s a pretty strong suggestion that it is unlikely to be either good or easy.”

That’s enough to be said about trade wars for now.

Now a review of the mixed bag of results from last week.

We have a big economic calendar coming up featuring the employment report for March, the ISM manufacturing and service indexes (both), and auto sales.

There is a bit of FedSpeak. Congress is in recess. Despite this, the Washington circus may well dominate the news – once again.

Briefing.com has a good U.S. economic calendar for the week (and many other good features which I monitor each day). Here are the main U.S. releases. 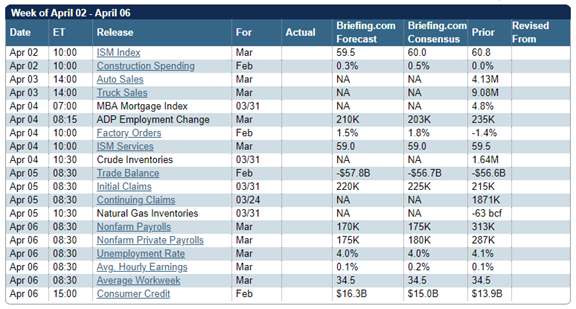 The SPX is once again approaching support. 2530 appears to be the line in the sand. Nice contrarian signal from the CNN Fear & Greed index. Vigilance advised. 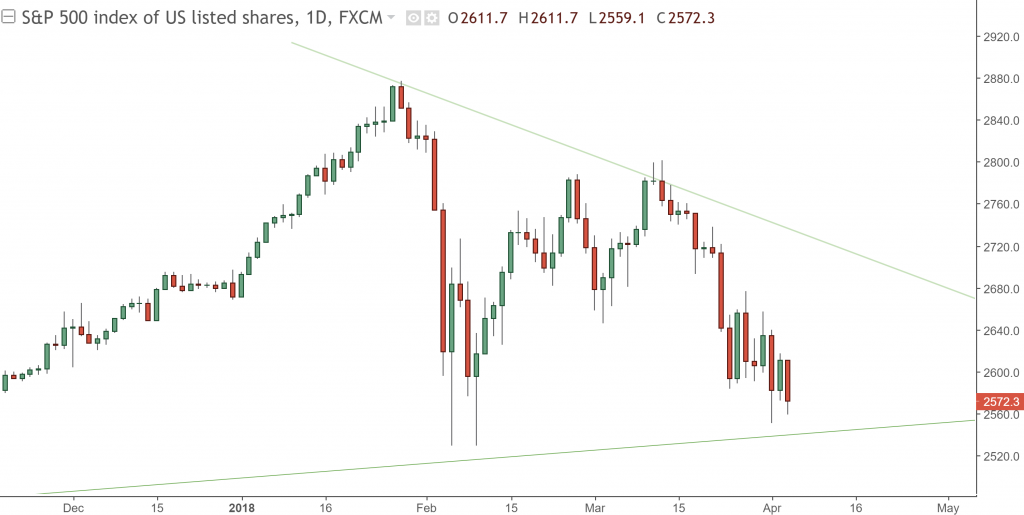 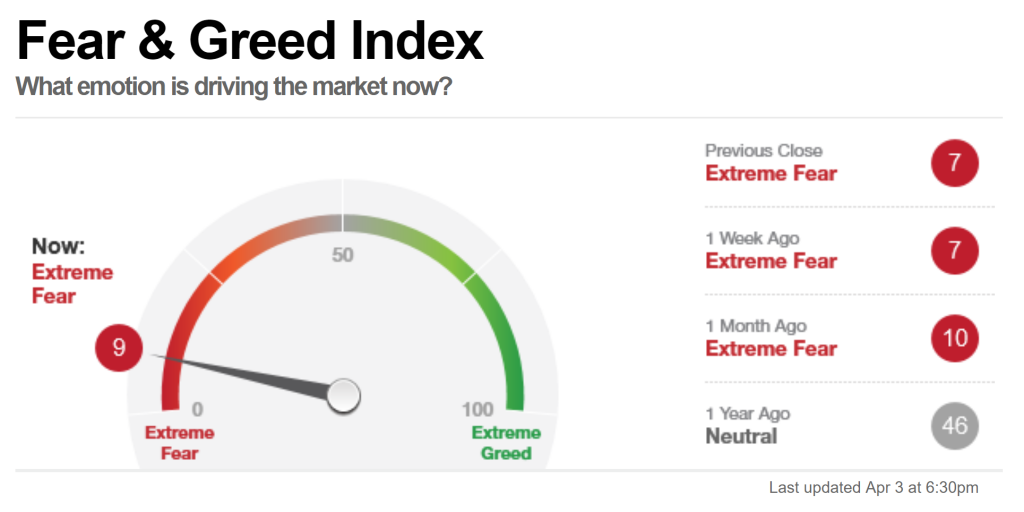