The news from both the Fed and Bank of Japan can only be described as disappointing and lackluster.

The BOJ pledged to cap it’s 10yr government bond yields at 0% and continue purchasing assets until inflation “exceeds the price stability target of 2% and stays above target in a stable manner”.

Nothing new there except an attempt to control the long end of the yield curve.

Good luck with that guys.

Now that a line in the sand has been drawn, there is nothing more enticing to a speculator than testing said line.

After spiking up initially, USDJPY has retraced its move and heading to that pivotal 100 level.

The price action is still contained within the falling triangle pattern. 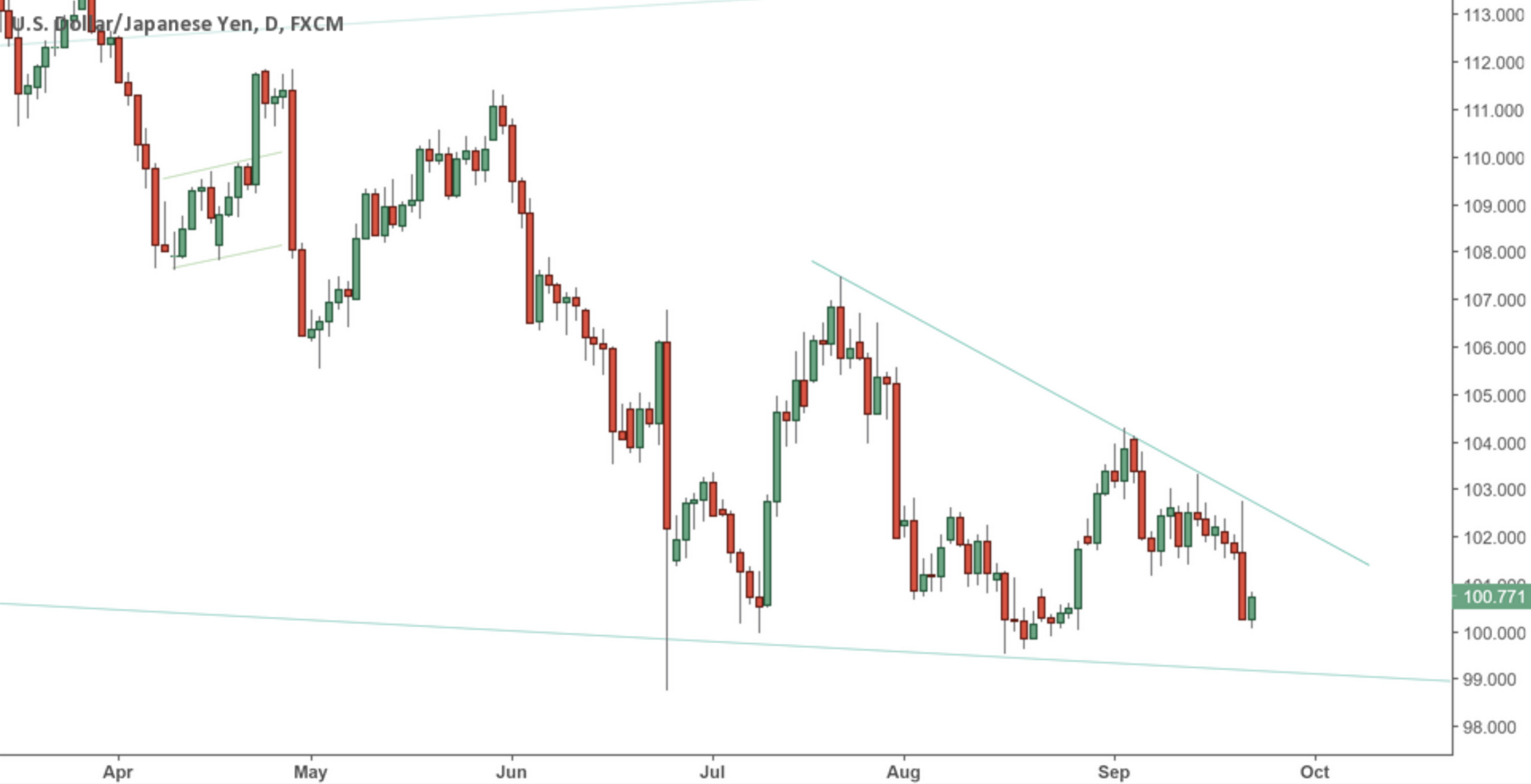 However if USDJPY falls below 100, it becomes an extremely attractive buying opportunity because as cautious as Yellen may be a rate hike is still coming in December especially with 3 FOMC members supporting an immediate move.

Fed funds futures are currently forecasting a 60% chance of a hike in December and as fresh US data is released and we approach the December meeting date, speculation will increase pushing US yields higher and will lift USDJPY along with it.

Right now the pair is trading primarily on technical considerations as shorts want to run the stops at the psychologically important 100.00 level, but once done i think the pair will rebound quickly as the fundamentals take hold of the market.

Technically there’s also no support in USDJPY now until 100 but parity is a very important level for the currency pair.

One chart i failed to include in yesterdays report was the divergence between the Nikkei and USDJPY.

From a historical perspective, this divergence has always preceded a top in the Nikkei. 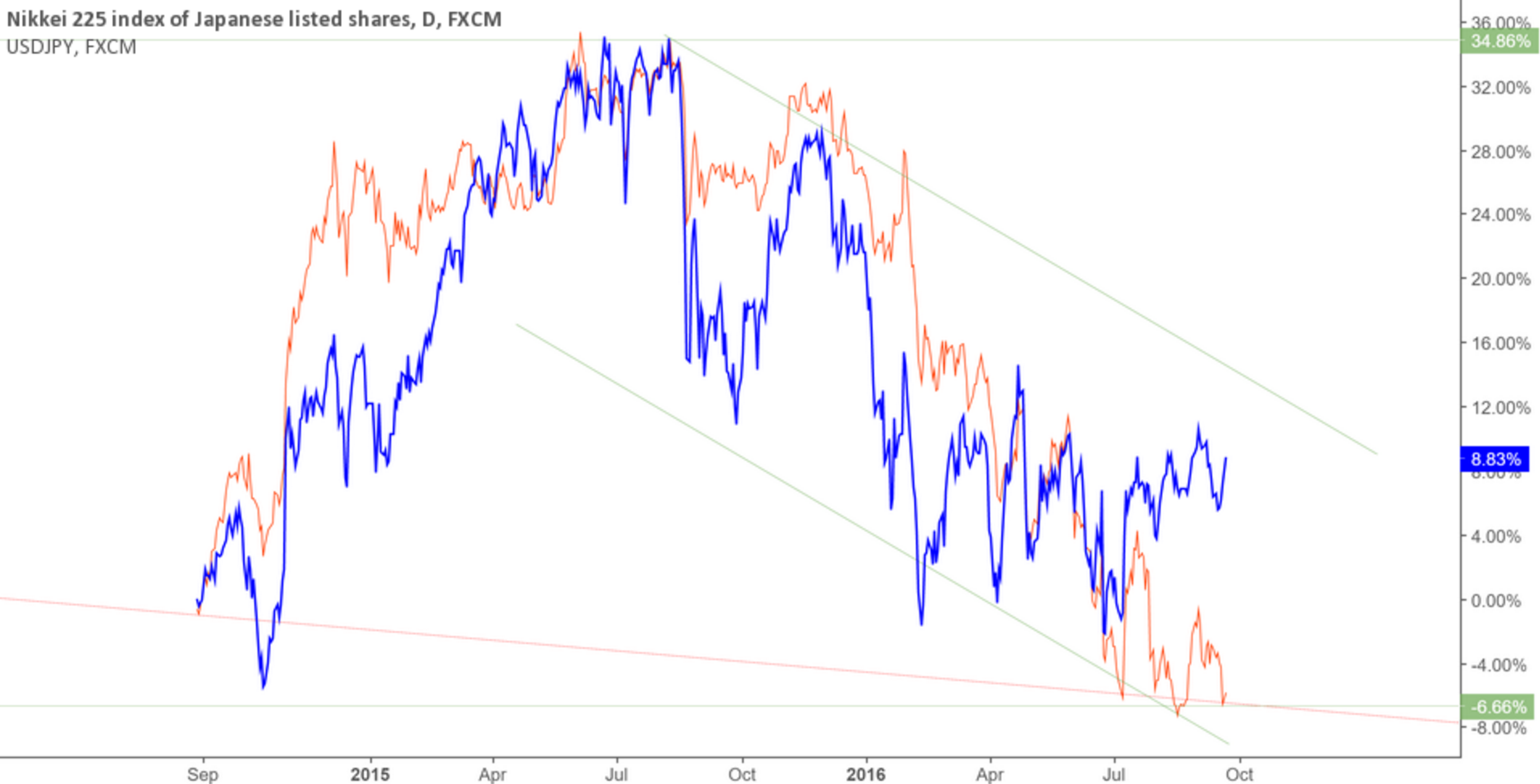 The Euro and Sterling took their cue from the Dollar and both currencies traded higher against the greenback. No economic data releases of any significance from the Eurozone today apart from Draghi’s speech at 8pm Bangkok time.