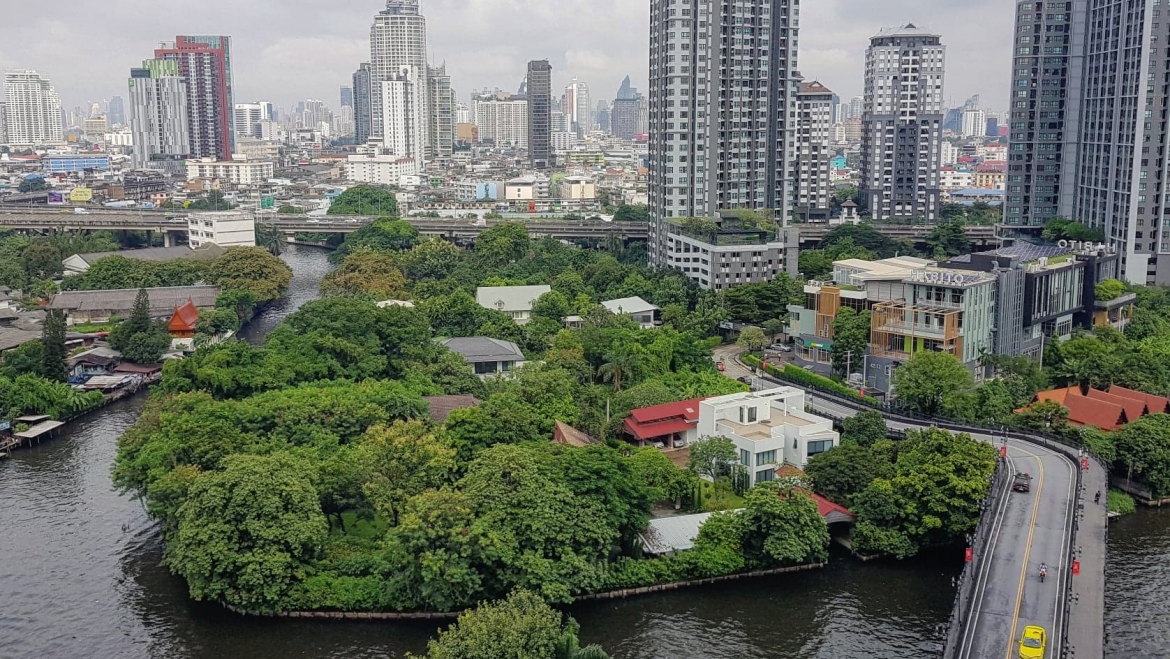 “There is a tide in the affairs of men, Which taken at the flood, leads on to fortune. Omitted, all the voyage of their life is bound in shallows and in miseries. On such a full sea are we now afloat. And we must take the current when it serves, or lose our ventures”. William Shakespeare

The US economy’s current combination of above-trend growth, benign inflation and near-full employment could continue for some time, in my view. Domestically, the picture appears remarkably positive, with relatively few signs of any near-term concerns, bar some supply shortages of materials and labour, as well as a slight easing of credit conditions, which often occurs in the later stages of an economic cycle.

This sunny outlook suggests to us that the pickup in the economy’s momentum caused by the recent fiscal stimulus could potentially last longer than a couple of quarters, particularly since the Fed looks to be taking a moderately dovish view of the robust pace of activity. The main threats to such an upbeat scenario are political ones, most significantly the ongoing uncertainty about the Trump administration’s future path on trade policy. Regardless, I feel that US growth is likely to remain above its potential in the second half of 2018. 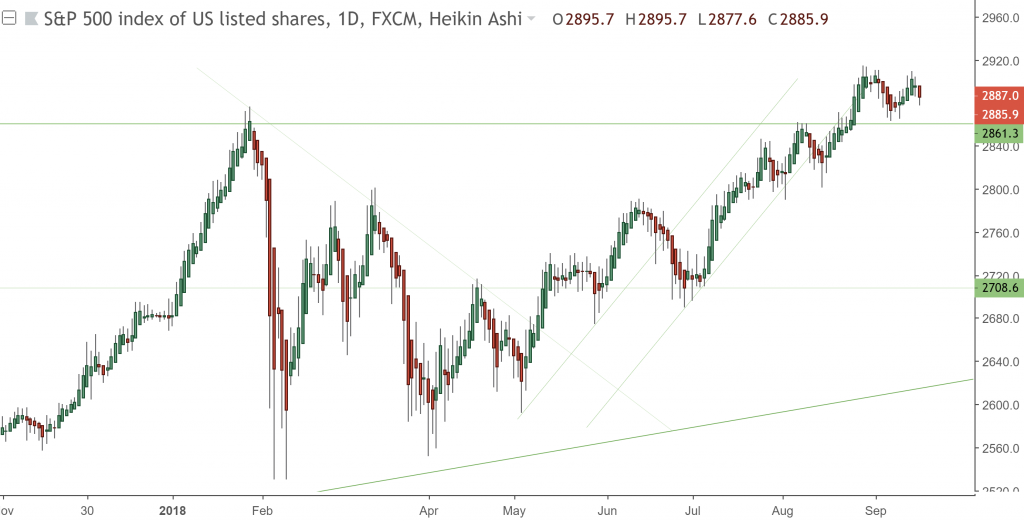 Data indicated the US economy was on course to maintain its strong performance over the third quarter. Retail sales for July beat consensus expectations, as sales growth accelerated from the previous month, while a leading measure of US consumer confidence hit its highest level since 2000.

A survey of optimism amongst US small businesses in August gave its strongest-ever reading. In the same month, the Institute for Supply Management’s Manufacturing Index reached a 14-year high, with particular strength in new orders and production. Underlining labour shortages, one measure indicated a record 38% of small firms had job openings they could not fill in August. 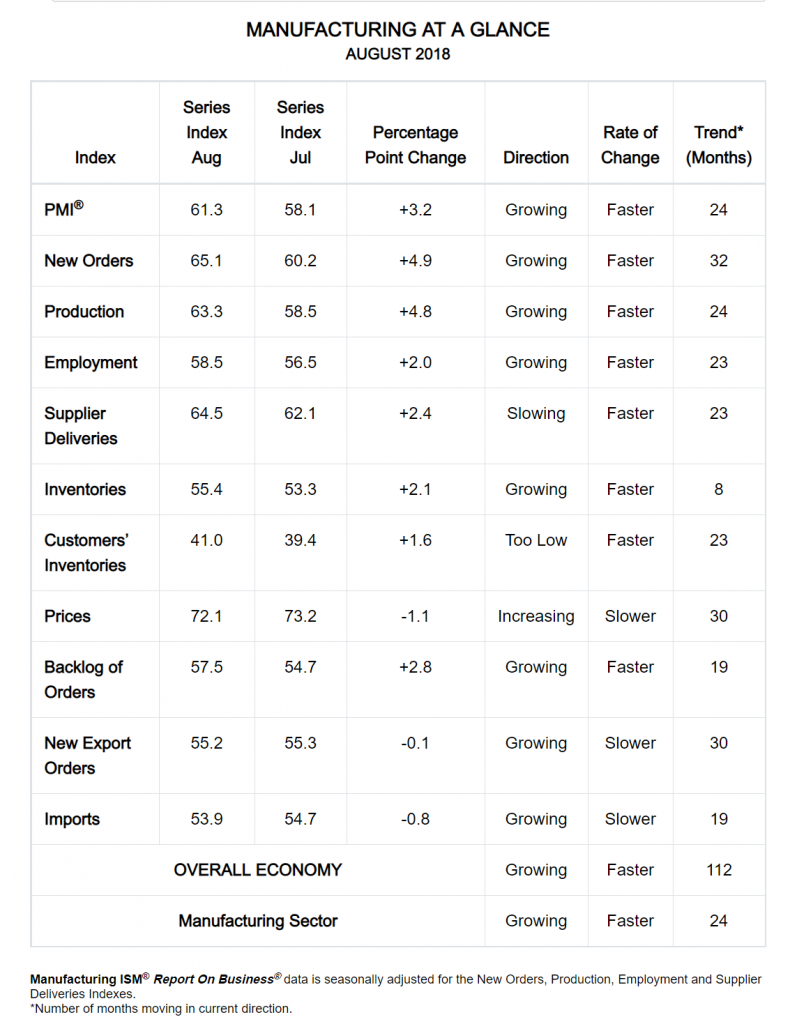 August’s payroll report contained a signal that the tightness of the labour market might finally be feeding through to wages. Average hourly earnings rose by 2.9% from a year earlier, the quickest pace since 2009 and well ahead of consensus forecasts. The number of positions added during the month was also higher than expectations, but was more than offset by revisions to the totals in previous months, leaving the three-month average at a solid 185,000. The labour participation rate dipped by 0.2% to 62.7%, but nevertheless the unemployment rate held steady at 3.9%.

The jump in wage growth in August reinforced widespread speculation the Fed would raise interest rates at its meeting towards the end of September, with a further rise in December looking probable, according to market participants. However, interest-rate expectations for 2019 remained far less aligned, as the Fed’s projections continued to suggest a further three increases while the fed fund futures market indicated only a single hike.

In July the core personal consumption expenditures price index, the Fed’s favoured gauge of inflation, moved up by 0.1% from the previous month, to reach the central bank’s target of 2% year-on-year. But Fed Chair Jay Powell said policymakers saw no clear sign of inflation accelerating and believed the risk of the economy overheating was not elevated. Powell also stressed the difficulties of gauging key variables such as the so-called “neutral” interest rate, at which the economy would grow at its trend rate and inflation would remain stable. Market participants generally interpreted the comments as increasing the likelihood the central bank would move conservatively until there were clearer signals of higher inflation.

The flattening of the US yield curve continued during the first weeks of August, with the difference between two- and 10-year Treasury yields reaching its lowest level for a decade towards the end of the month. In the past, an inverted yield curve has provided an early signal of a coming recession. However, some commentators have argued the indicator has less significance in the current economic cycle due to the amount of quantitative easing undertaken by central banks since the 2007–2008 global financial crisis.

Conversely, the inverted yield curve’s relevance was endorsed in research released by the San Francisco Fed at the end of August, even though the authors of the paper pointed out that despite the prolonged flattening that has taken place, there was still some way to go until an actual inversion occurred. Nevertheless, in early September a leading Fed official argued that the central bank should not be inhibited by a potential inversion of the yield curve in determining the optimal path for monetary policy.

The Trump administration maintained its tough stance on trade with China, as further talks between the two countries ended without progress. Later, a deadline passed for public comments on US proposals to expand existing tariffs on Chinese imports valued at US$50 billion to an additional US$200 billion of Chinese goods. A number of leading US companies and business organisations warned that a further escalation of the trade dispute between the two countries could result in increased prices for US consumers, and urged the administration to pull back. Ahead of the congressional midterm elections in November, there seemed little prospect of such a moderation in US trade policy, and the extent of any subsequent headwinds to the robust pace of consumer demand remained unclear. 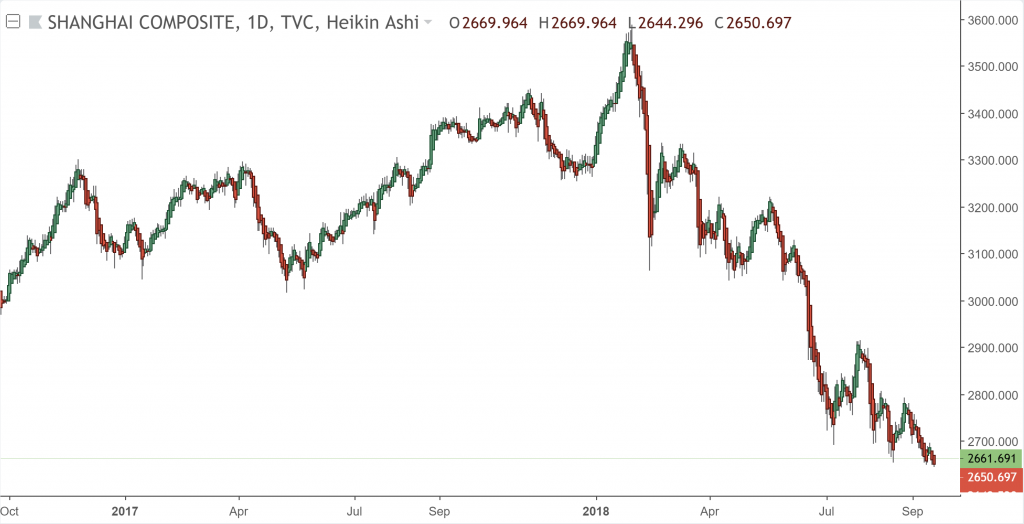 Oil traders are likely to stay focused on potential disruptions to global crude supplies in the upcoming week, as looming U.S. sanctions on Iran are widely expected to lead to a tighter market.

The sanctions, which from November will include Tehran’s oil exports, are being reinstated after U.S. President Trump pulled out of the Iran nuclear deal earlier this year.

Iran is the third-biggest producer in the Organization of the Petroleum Exporting Countries (OPEC), supplying around 2.5 million barrels per day (bpd) of crude and condensate to markets this year, equivalent to around 2.5% of global consumption.

Crude exports from the Islamic republic are down by almost a third since April, sliding below 2 million bpd in August, and continuing to deteriorate in the first half of September.

Washington wants to cut Iran’s oil exports to zero, and is encouraging producers such as Saudi Arabia, other OPEC members and Russia to pump more to meet the shortfall.

Under pressure from Trump to lower oil prices, OPEC and allies agreed in June to boost production, having participated in a supply-cutting deal in place since 2017.

While OPEC production has increased since then, Saudi Arabia has added less crude than it initially indicated. 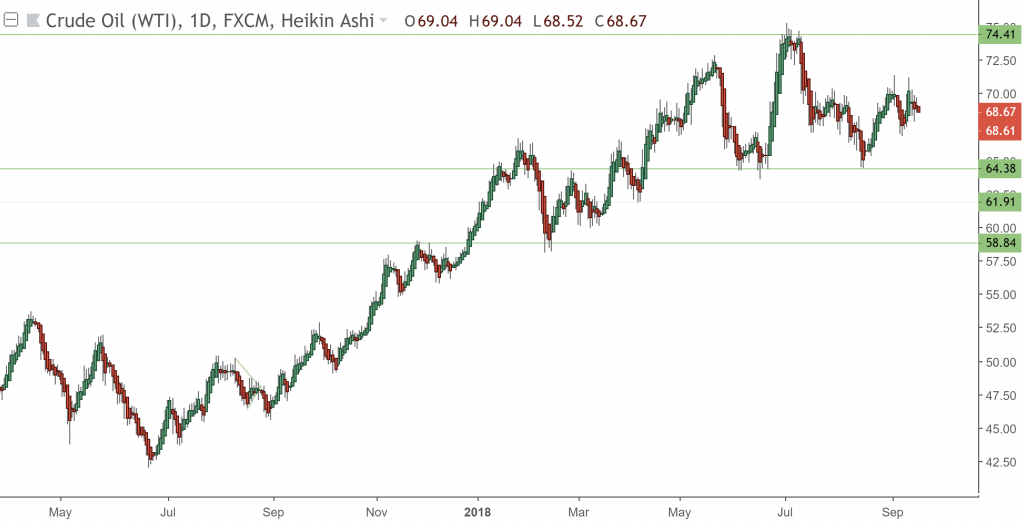 Coming up this week:

The main event this week will be the Bank of Japan policy decision on Tuesday. The market expects rates to stay on hold.

On Wednesday, the American Petroleum Institute is to publish its weekly update on U.S. oil supplies and the U.S. Energy Information Administration will release its weekly report on oil stockpiles.

We also have a Brazilian interest-rate decision on Wednesday.

ECB President Mario Draghi is due to give a keynote lecture at “Making Europe’s Economic Union Work” conference in Berlin on Wednesday.

Given South Africa recently entered a recession, the South African Reserve Bank meeting will be a focus. Market expectations are for the benchmark rate to remain unchanged at 6.5%.

The Fed is in black-out ahead of its rate decision on September 26.