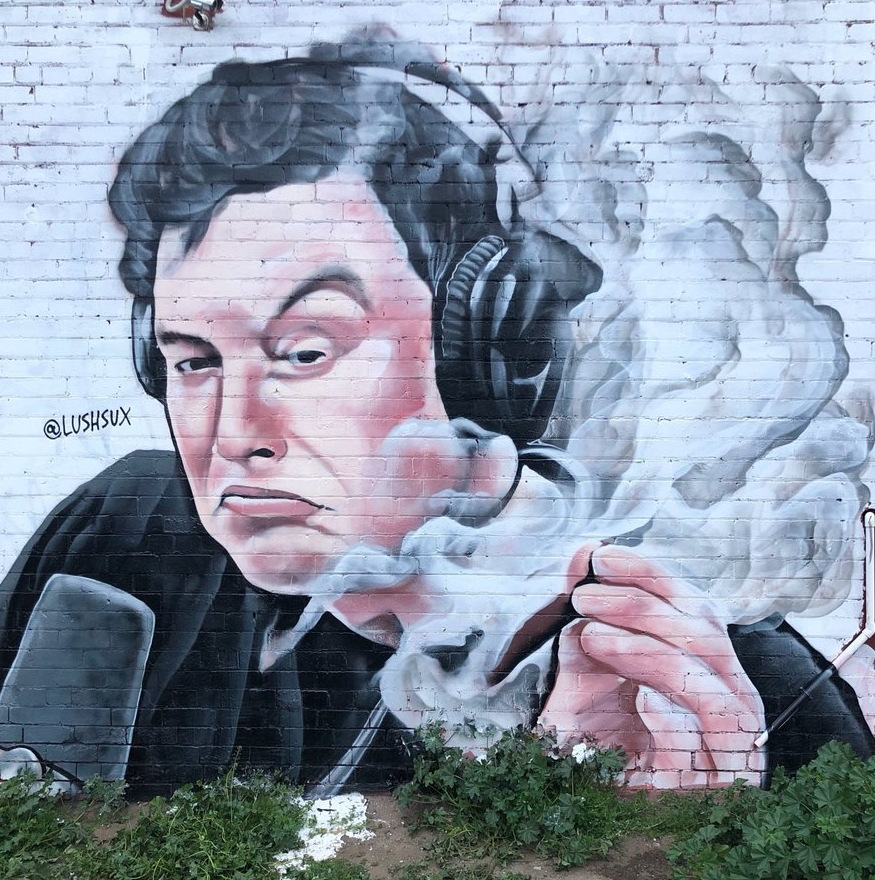 It was a short week for the traders due to the Labor Day holiday last Monday. Tuesday was the first day of trading in what is typically the most challenging month for U.S. equities, particularly in years with mid-term elections and prospects for a yet another escalation in the current trade war.

Going back to 1950, the average return for the S&P 500 during this month is a loss of -0.5% and no other month has had as many 10%+ declines than September’s record of seven. Nasdaq and S&P 500 both lost -0.2% on the first trading day of September despite Amazon briefly reaching $1 trillion in market cap during trading.

On Wednesday tech was in the hot seat as Facebook COO Sheryl Sandberg and Twitter CEO Jack Dorsey were grilled by Congress. Share price performance for the two, down -2.3% and -6.1% respectively, indicating that investors were not impressed. At least they showed up as the expected folks from Alphabet were a no-show. The tech sector was the worst performer of the day, with Netflix  leading the way, down -6.2%, the Technology Select Sector SPDR ETF (XLK) lost -1.4%, the Nasdaq Composite lost -1.2%, the S&P 500 fell -0.3% but the DJIA managed to squeak out a gain of +0.1%.

Thursday was yet another tough day for the tech sector as the Nasdaq Composite closed in the red for the third consecutive day. The S&P 500 and the NYSE Composite also lost ground.

Friday the markets opened in the red after strong payroll data, which was expected to be the big story of the day but instead, the fireworks began once again for Tesla. To recap the past few days, Tesla’s CEO Elon Musk is on video smoking weed and sipping whiskey for Joe Rogan’s podcast. Friday morning, we learned that Tesla’s Chief Accounting Officer Dave Morton has left after all of one month on the job and the Chief People Office Gaby Toledano is also leaving after having taken a leave of absence last month. Sarah O’Brien, Tesla’s VP of Communications is also saying her goodbye’s on Friday, per a planned exit. 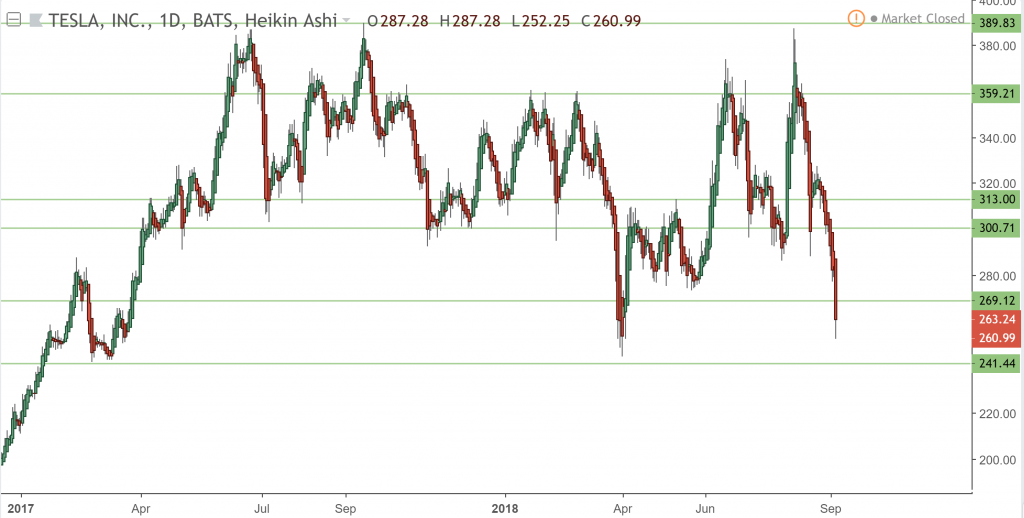 Even so, US equities continue to outperform the rest of the world, with the relative performance going nearly asymptotic since May. In our highly interconnected world in which supply chains tend to be multinational, this out performance is unlikely to continue on its current path, so either the rest of the world has to start performing better or the US is headed for a downturn.

Jobless claims this week were 203,000, the lowest level since December of 1969. Looking at that cycle, jobless claims bottomed at 162,000 on November 1968, then gradually increased until the recession started in the last quarter of 1969, at which point they spiked.

I share this because while everyone wants to see more people employed, when we get to such low levels of unemployment and new jobless claims, it means the labor market it extremely tight. That means that employers are having to employ folks that are not a good fit which reduces productivity and increases costs, putting pressure on margins.

Looking at the trend-line for jobless claims this cycle, it is hard to imagine how it can go a whole lot lower and we have no precedent for it staying at these low levels for any significant period of time. It could but the likelihood is naturally rather low. Something to keep in mind when looking at valuations that remain elevated.

The ADT Private Nonfarm Payrolls report was lower than expected, meaning the expectation was for 200,000 new jobs, but the report showed only 163,000, down from the 217,000 in July. Hiring remains broad-based, with most sectors adding new positions.

Friday’s Nonfarm Payroll Report was expected to show an addition of 191,000 jobs but beat expectations, hitting 201,000. On the downside, the prior two months reports were reduced by 50,000. The labor force participation rate declined 0.2%. That’s not a good sign, but could be just a seasonal aberration. Much more important was the increase in pay, with average hourly earnings rising 2.9% on an annualized basis versus expectations for 2.7% – wage pressure is appearing. That is the highest wage growth since April 2009. That just may lock in a fourth rate hike from the Federal Reserve.

Citibank Economic Surprise Index (CESI) is at a year-low low and the Economic Cycle Research Institute’s (ECRI) U.S. Weekly Leading Index is sitting on the lows for 2018. That means the news coming in has been more often weaker than expected, which tells us that the outlook has been overly optimistic. 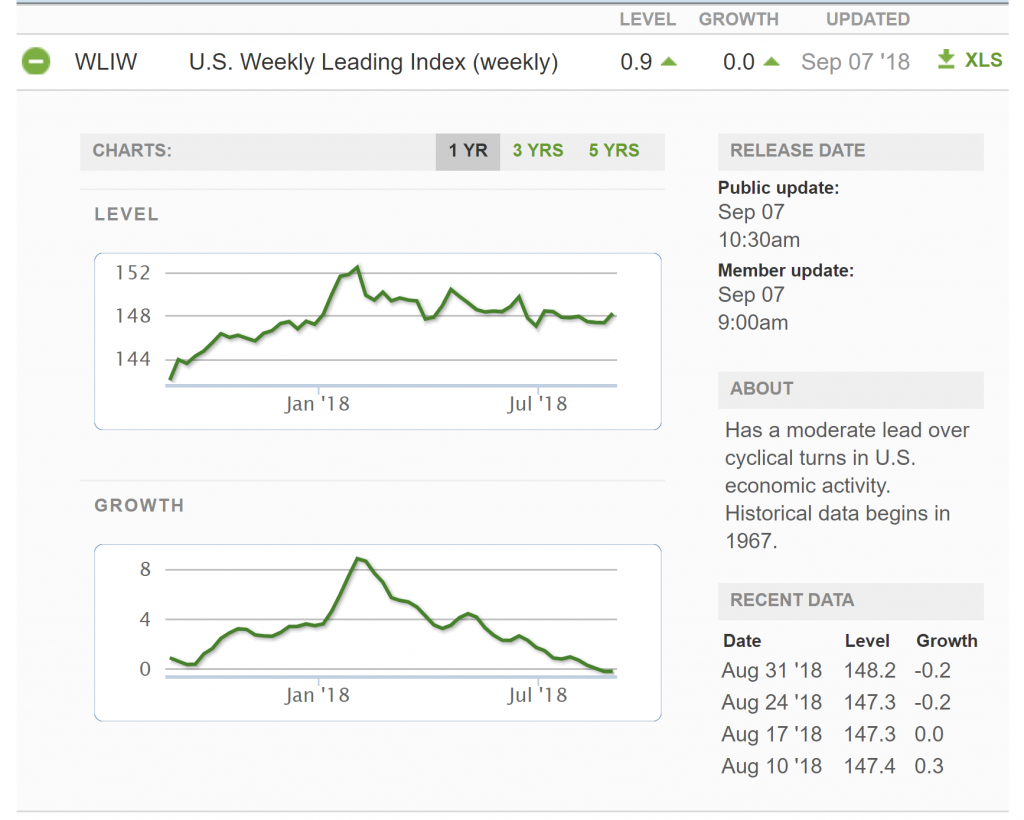 The end of last week saw inflation numbers come in roughly in line with expectations, which pretty much guarantees a rate hike by the Federal reserve this month, with the CME FedWatch Tool finding market pricing to indicate a 99.8% probability of the target rate increasing to 200-225 basis points from the current 175-200. 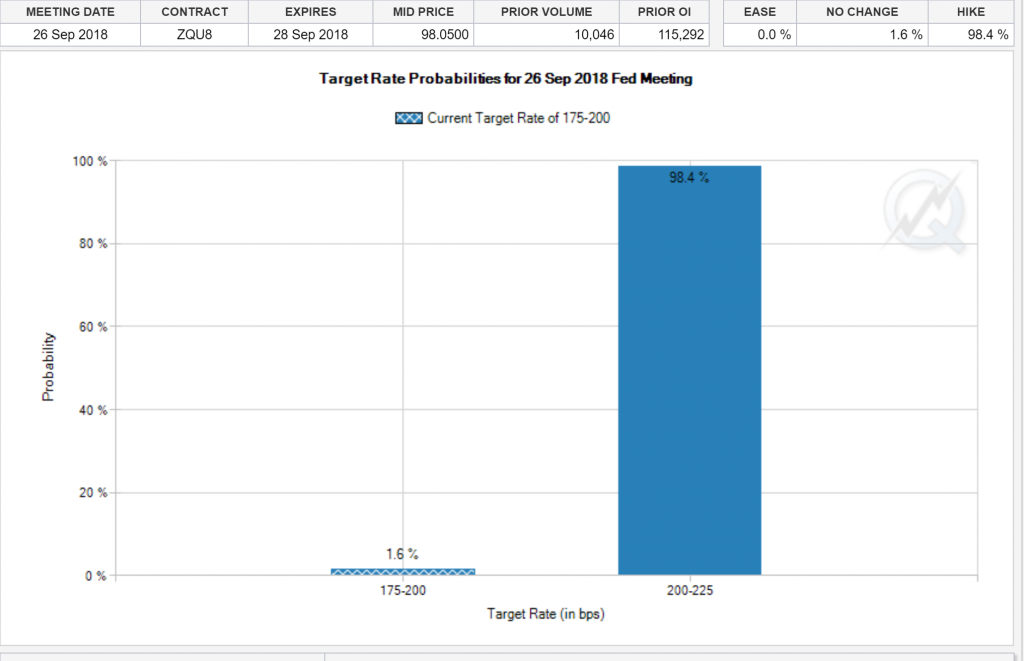 The yield curve continues to flatten with the spread between the 10 and the 2-year shrinking. 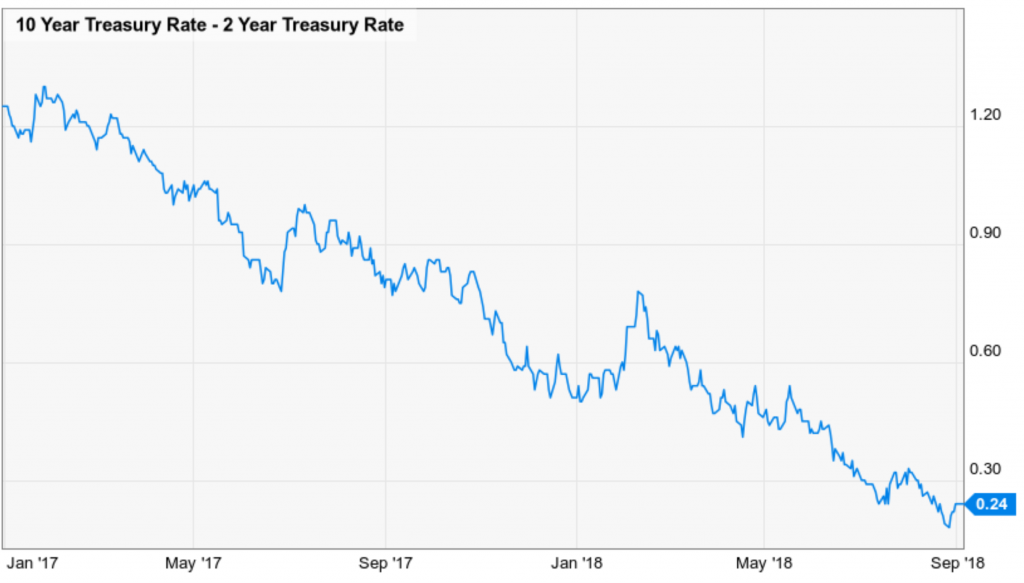 Other macro news of note:
Trade talks with Canada resumed on Wednesday. By Thursday’s close negotiations were reportedly down to three main issues. President Trump had set a deadline for this week, so the pressure is on.

Further signs of slowing growth around the world as Germany’s manufacturing PMI declined in August from July and orders for the euro area dropped to a 2-year low.

Dollar strength continues to be a problem for emerging markets who hold an astounding $3.7 trillion in dollar denominated debt. The majority of the EM currencies continue to lose ground against the greenback.

President Trump is looking to impose tariffs on $200 billion of Chinese imports as of midnight Friday. Some of the most prominent technology and retail companies in the States made last-minute pleas to the White House against implementing these tariffs.

Let’s not forget about Italy. In the coming months the nation’s leadership is going to have some very tough challenges and so far, the market is pricing in some concerns as the spread between the Italian and German bonds widens significantly. 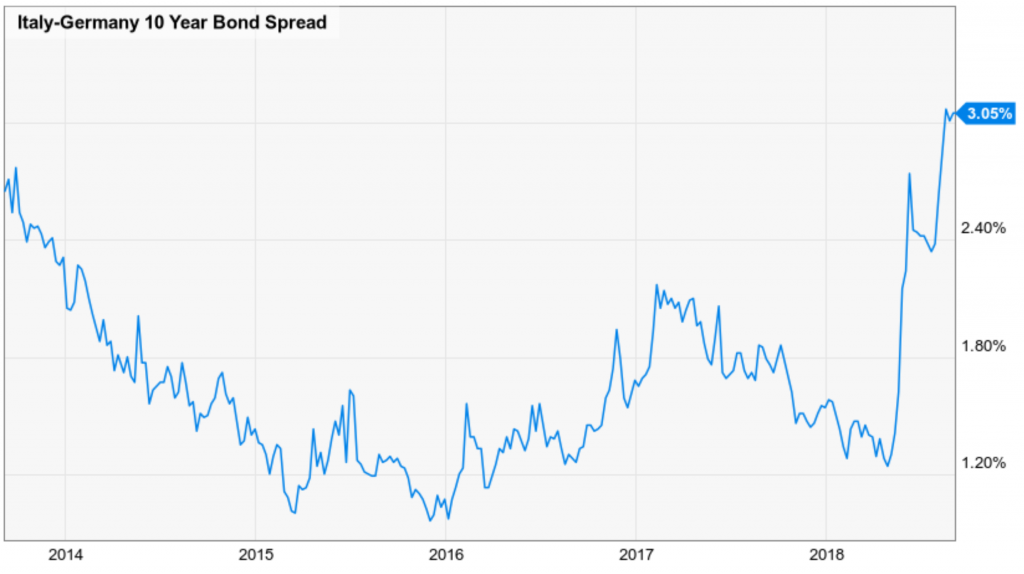 The week ahead kicks off with second-quarter Japan GDP, which may be revised up.

Also Monday, China is forecast to report that consumer and producer inflation eased in August. Meanwhile, Turkish GDP comes late in the Asian session and will be closely watched.

Tuesday will bring Philippines July trade data after a series of huge deficits over the past year. There will also be Australian business sentiment, which had softened in recent months even before the past month’s political meltdown.

Wednesday brings Australia consumer confidence and another chance to judge the impact of Malcolm Turnbull’s removal as prime minister on sentiment, as well as Indian CPI. Staying with Australia, where jobless numbers are due Thursday.