Let loose the dogs of war 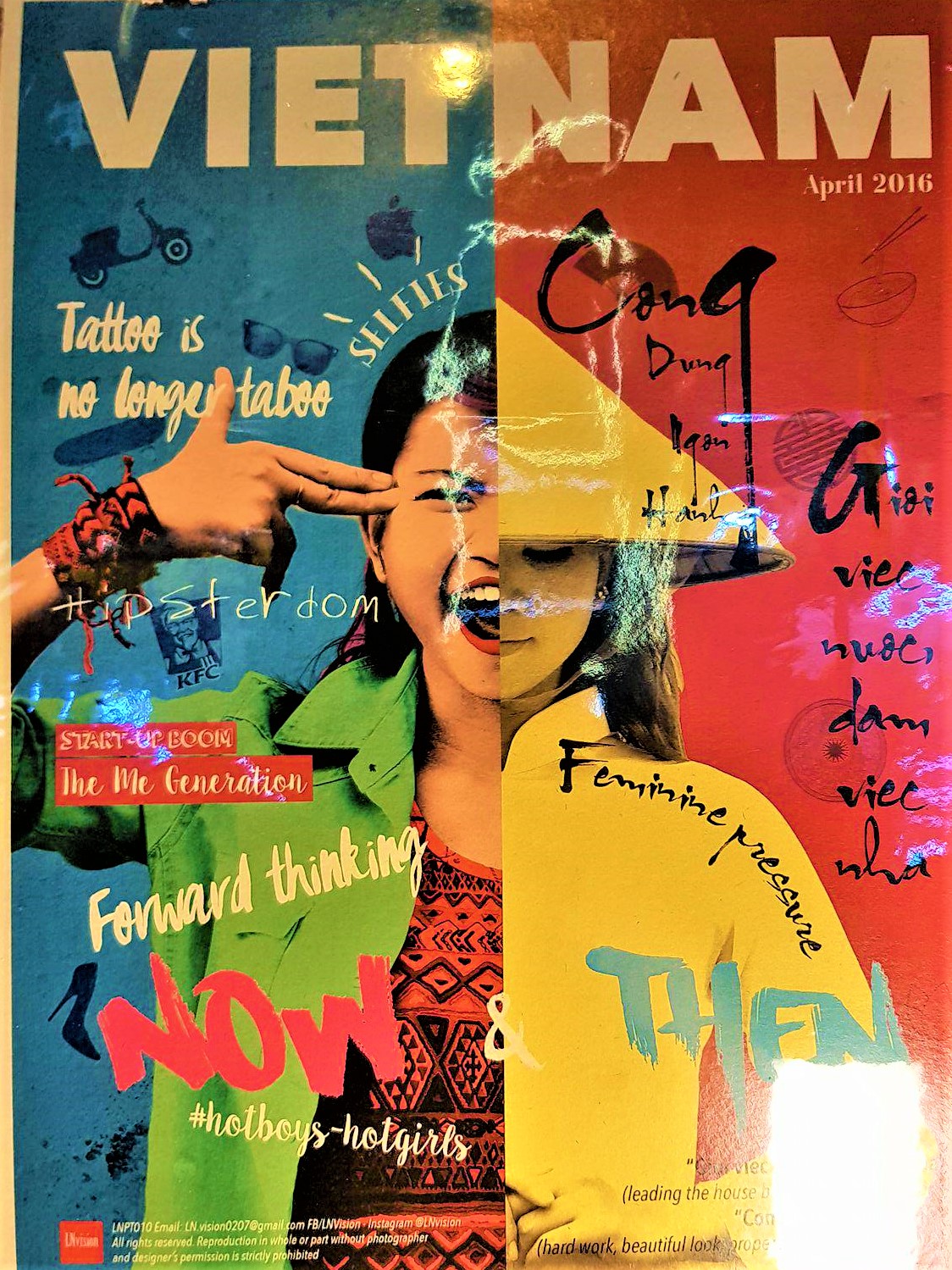 “We train young men to drop fire on people but their commanders won’t allow them to write fuck on their airplanes because it’s obscene” Colonel Kurtz – Apocalypse Now.

This quote seems rather visceral and haunting as I write this report from a hillside resort perched atop the mountains of Sapa in  northern Vietnam. Dropping napalm on grass huts has been replaced by tomahawk missiles on mud brick homes. Has anything really changed in the last 50 years? 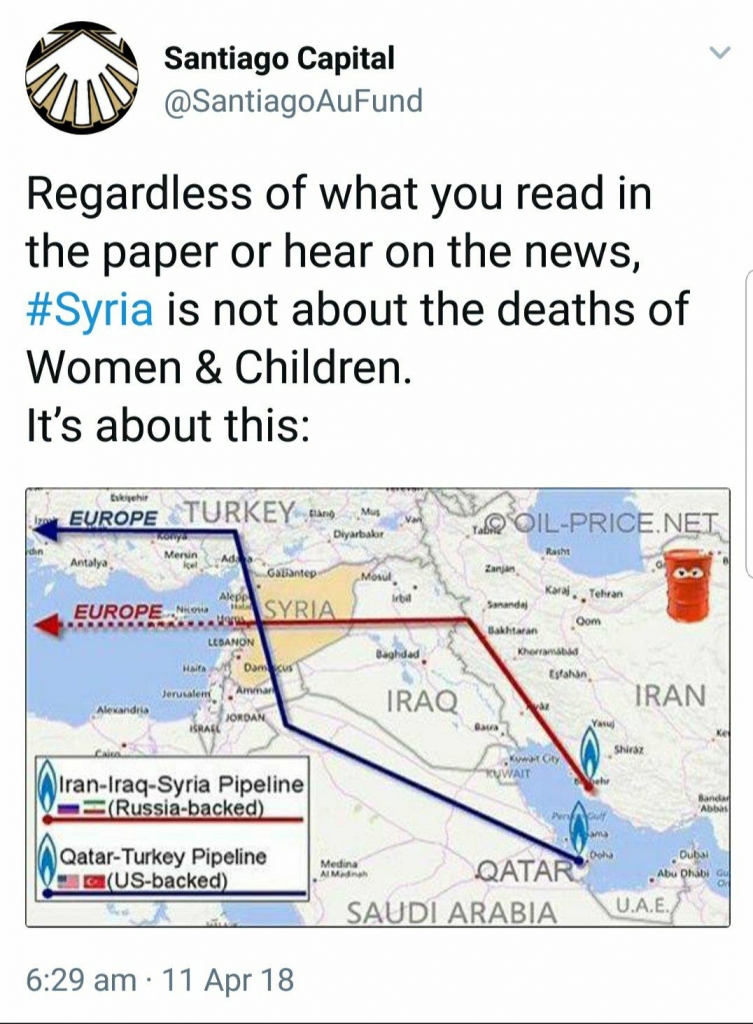 Regardless of whether you support the attack on Syria or not, some things should be said: the main beneficiary is the Military-Industrial Complex, specifically Raytheon, the manufacturer of the Tomahawk missiles and of course those that own the stock. Myself included. Does this make me complicit? Profiting from war, disaster capitalism or event driven macro as it is known in financial circles.
Each one of the Tomahawk missiles fired by the US cost somewhere between $800,000 and $1.4 million. All in all, it was more than $224M in total. Not to mention the French and British getting rid of their excess ordinance as it approaches expiration.
Raytheon’s stock goes up but the Syrian suffering is nowhere nearing an end.  Of course, the US has been bombing Syria for years and the Left was not vocal enough in the demand to divest from war then but regardless of whether you agree with the attack or think it was a cynical move, we always have to ask: who profits? As the chart below illustrates, Raytheon has been a one way bet since Trump’s election. 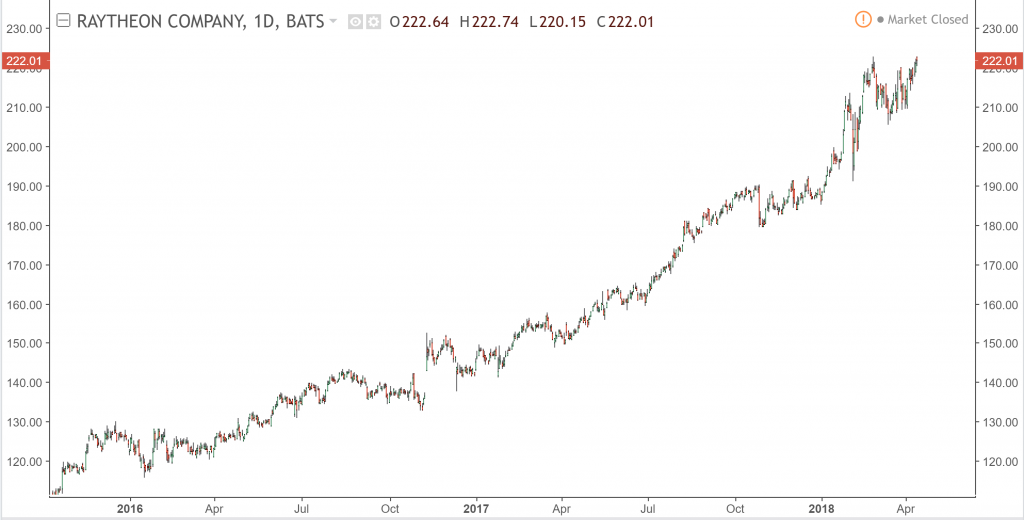 As I travel through Vietnam I cannot help but be amazed at how vibrant and industrious this country feels. Growth, development and a bustling vibe everywhere.

Vietnam is a growing economy. With an educated and low-wage workforce, they are picking up a lot of manufacturing work from Chinese companies who seem to have chosen this particular region to outsource to. The China/US trade tiff will drive even more business their way. It gives the Chinese the political cover to tell Trump that they have curtailed exports to the US. The trade here is long the Vietnam ETF, VNM. 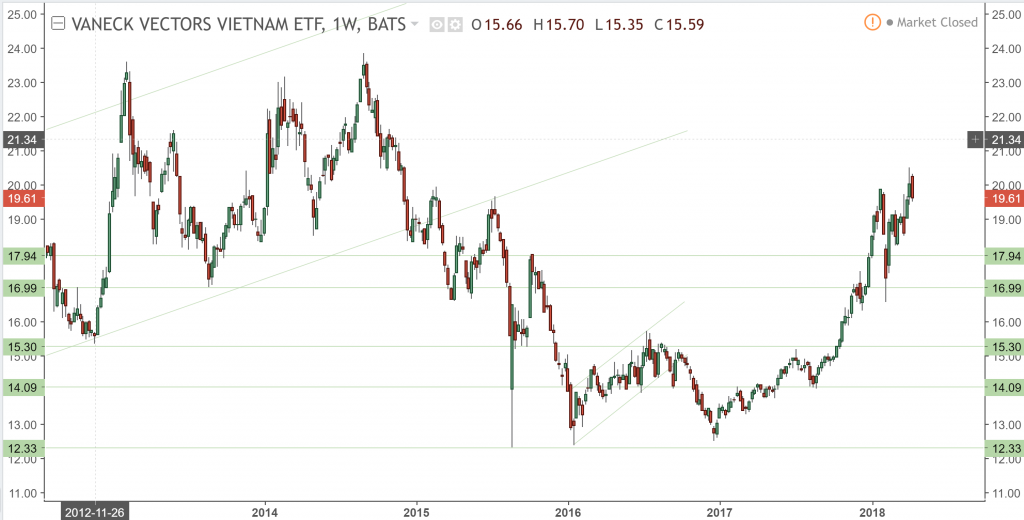 On the macro front, stocks have remained range bound for the last few weeks. Technically I see a coiling pattern in the SPX. The market’s getting ready for a strong move. As I often remind you, there is no certainty in the markets only probabilities and as the evidence presented shows, the probability of a plunge is at it’s highest level in quite some time. I am however positioned for a break out to the upside. Macro data is still overwhelmingly positive though pointing to a slow down. All previous market tops were defined by interest rate or oil price hikes. Neither or which are currently visible which means stocks could rally for a further 12 months. 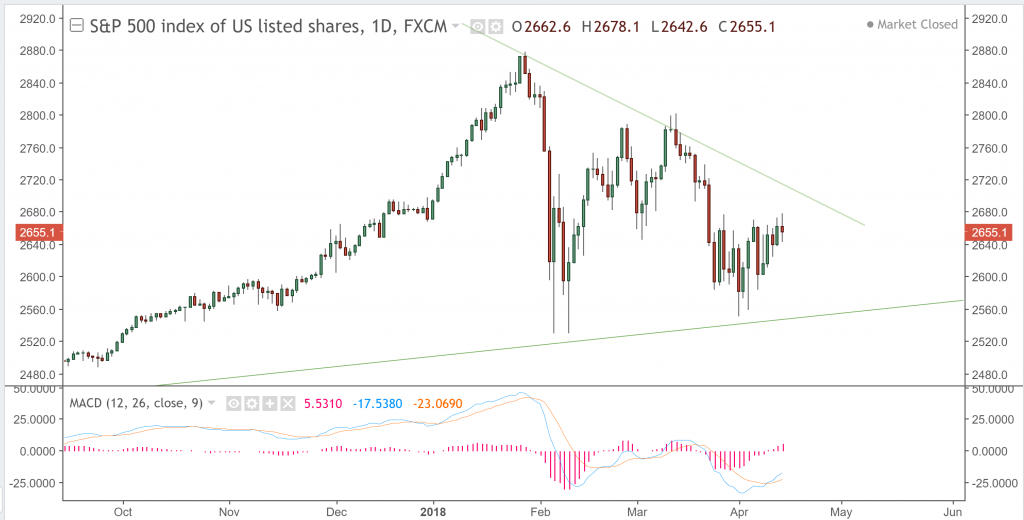 A Familiar if Ominous Sign in the US IPO Market. 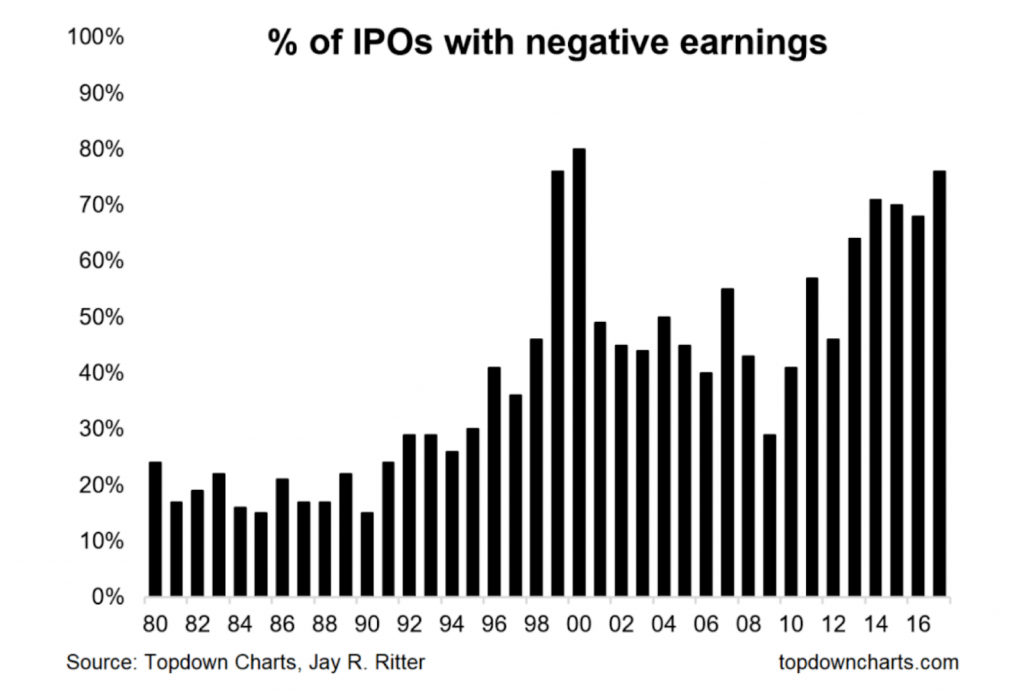 The Federal Reserve released its FOMC minutes for the March meeting on Wednesday. They revealed that the committee unanimously agreed that the outlook had picked up in months, inflation is rising and more tightening is warranted. Nearly all agreed that rates should be increased at the current meeting, but that policy would remain accommodative despite the hike and that the future tightening path should be gradual. Nothing we haven’t been expecting.

The FOMC minutes referred to the impact of potential trade wars as being a source of, “downside risk to the U.S. economy,” but “did not see steel and aluminum tariffs, by themselves, as likely to have a significant effect on the national economic outlook.” The statement also addressed the impact of tax cuts, “participants generally regarded the magnitude and timing of the economic effects of the fiscal policy changes as uncertain, partly because there have been few historical examples of expansionary fiscal policy being implemented when the economy was operating at a high level of resource utilization.”

Not a very eventful week on the economic data front coming up. Just US building permits, crude oil inventories and the monetary policy report from the central bank of Canada.