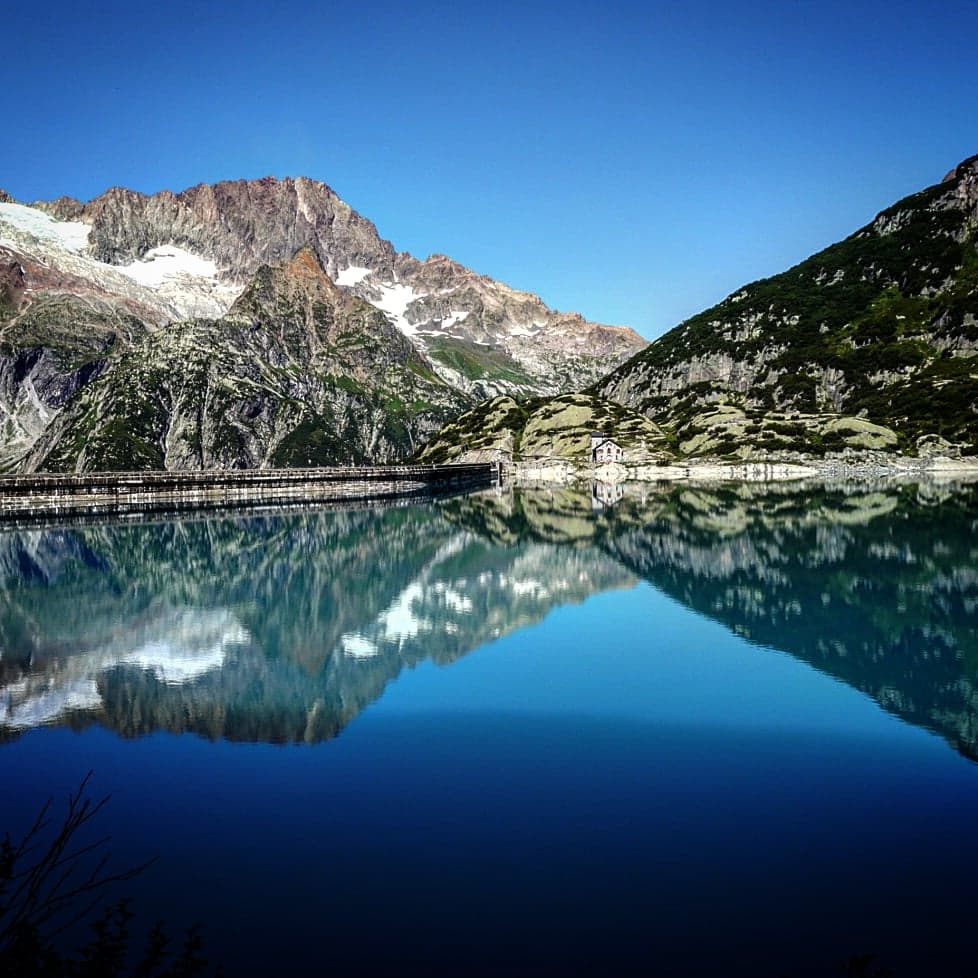 So much to cover after an extended summer hiatus. All time highs across the major US indices. Rather fitting that I am viewing these breaks from Jungfraujoch, the top of Europe. While catching up with friends in Zurich I decided to take some time off in the Swiss Alps and what a spectacular place to be. You have got to love the Swiss with their breathtaking scenery, bratwurst, fondue and progressive narcotics laws. I would definitely need a sherpa to get much higher.

Back to the markets and trade talks between the U.S. and China wrapped up last Thursday with no major progress, no surprise really. Chinese officials had raised the possibility that no further negotiations could happen until after November’s mid-term elections in the U.S. The conclusion of the talks came just hours after Beijing and Washington rolled out their latest round of tit-for-tat tariffs.

Big surprise on the Mexican side of trade negotiations as Trump heralded a sign of successfully re-branding the NAFTA agreement though this time without including Canada. 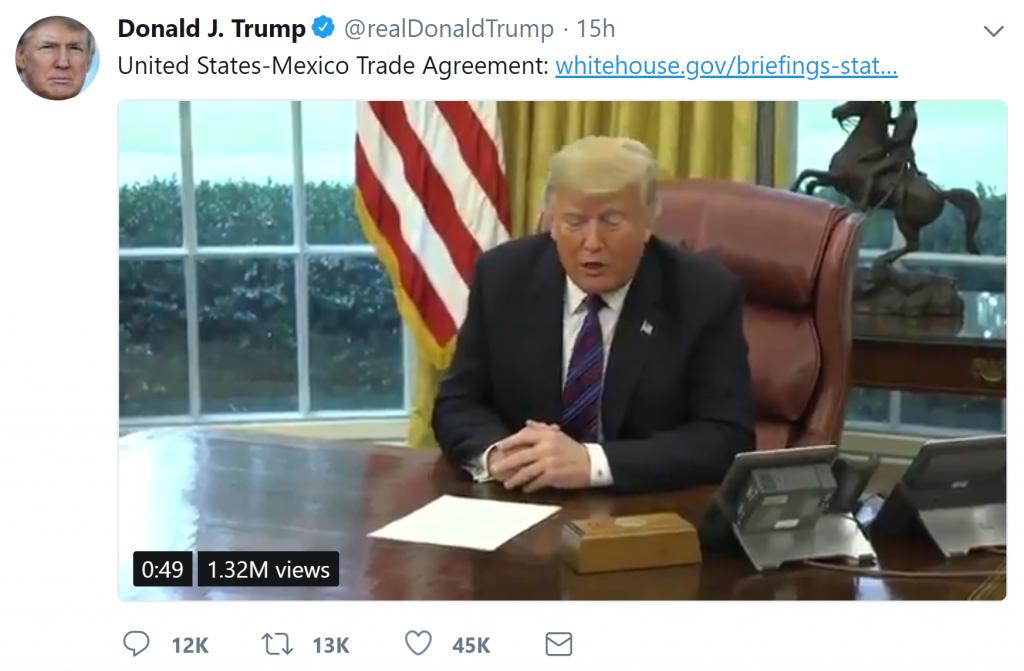 Interesting to see how the S&P 400 Mid Caps led the US rally. Something I have been discussing with clients over the last few weeks.

Whilst the world is fixated on the US breakout my attention is on the Nikkei which is testing it’s 1996 high’s and is trading at approximately 50% of it’s 1989 levels. This has always been the key risk on metric for me. What happens now will be a harbinger of things to come in developed and emerging markets alike, particularly the heavily hit Asian indices.

The monetary policy changes announced by the Bank of Japan (BoJ) in July may have appeared minor, but their significance should not be underestimated. Understandably, the Japanese central bank remains keen to avoid sparking the market volatility that an overt move towards a less accommodative stance would likely trigger. But a widening of the trading band for Japanese government bond (JGB) yields could indicate the BoJ is not impervious to the moves of its peers, and indeed that its broader aims may have changed.

From a wider perspective, any such change of stance by the BoJ—albeit at the margin—could spill over into other markets, possibly reducing the impetus towards flatter yield curves that has been such a feature of global interest rates in recent years. 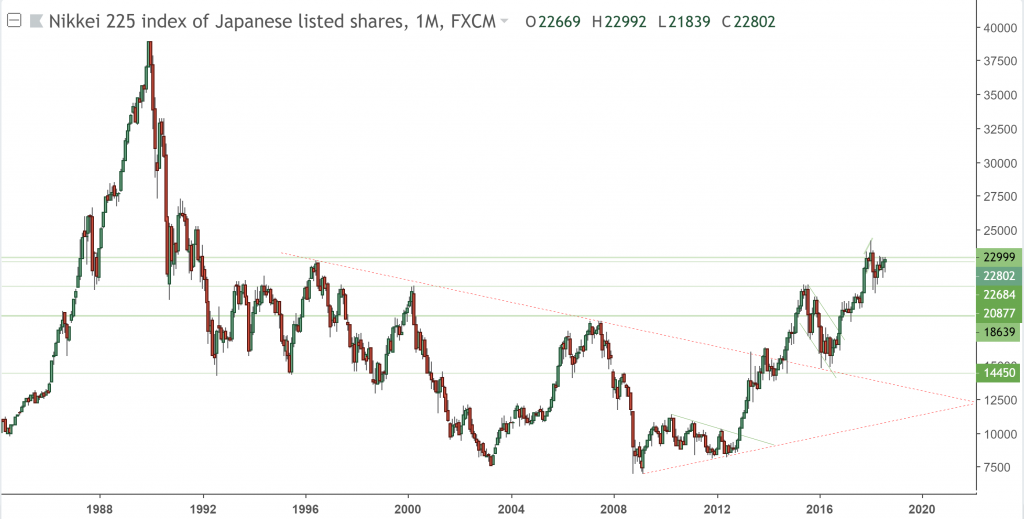 The oil market is likely to remain on edge about potential oversupply in the upcoming week, despite signs that U.S. sanctions on Iran could curb output.

Iran is the third-biggest producer in the Organization of the Petroleum Exporting Countries, supplying around 2.5 million barrels per day (bpd) of crude and condensate to markets this year, equivalent to around 2.5% of global consumption. Energy consultancy FGE says it expects this figure to drop below 1 million bpd by mid-2019.

All eyes will be focused on the weekly  U.S. commercial crude inventories on Tuesday and Wednesday to gauge the strength of demand in the world’s largest oil consumer.

Traders will also focus on the weekly rig count data for further signals on U.S. output levels. U.S. rig count, an early indicator of future output, fell by 9 to 860 last week, according to oilfield services firm Baker Hughes, hinting at a slowdown in production. That came after data released last week showing that U.S. crude supplies fell by 5.8 million barrels for the week ended Aug. 17. 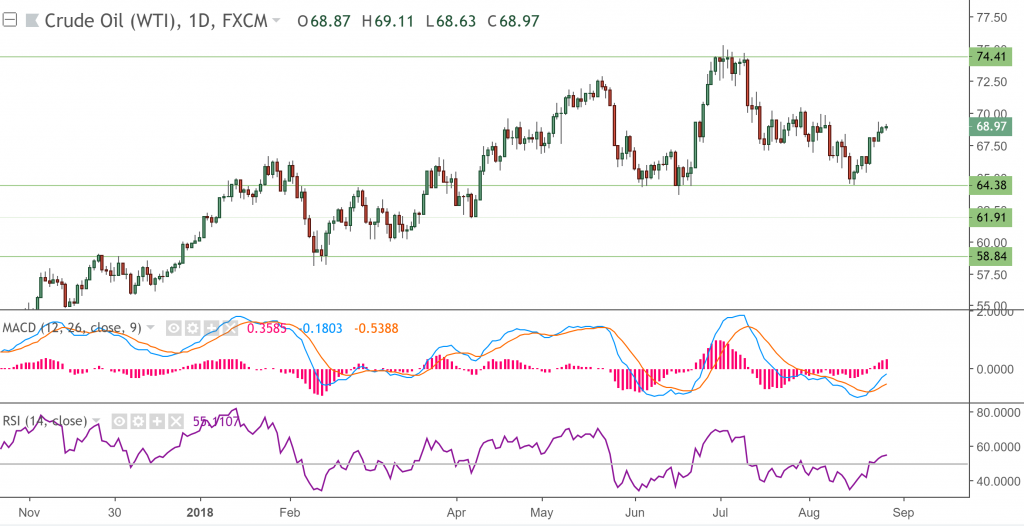 The Commerce Department will publish data personal income and consumer spending for July, which include the personal consumption expenditures (PCE) inflation data, at 8:30AM ET Thursday. The consensus forecast is that the report will show that the core PCE price index inched up 0.2% last month, after rising 0.1% in June.

On an annualized basis, core PCE prices are expected to rise 2.0%, compared to a 1.9%-increase in the preceding month. The Fed uses core PCE as a tool to help determine whether to raise or lower interest rates, with the aim of keeping inflation at a rate of 2% or below.

The U.S. Commerce Department is to release revised figures on second-quarter economic growth at 8:30AM ET Wednesday.

The data is expected to show that the economy grew at a 4.0% annual rate in the April-June quarter, a slight downward revision from a preliminary estimate of 4.1%. That would still be the highest reading since the third quarter of 2014.

The current U.S. economic expansion, already the second longest on record, has been given extra fuel in the form of major tax cuts, which will help keep the chances of a major slowdown quite low for the rest of this year.

The euro zone will publish flash inflation figures for August at 0900GMT (5:00AM ET) Friday. The consensus forecast is that the report will show consumer prices rose 2.1%, unchanged from the preceding month. The core figure, without volatile energy and food prices, is also seen holding steady at 1.1%.

The European Central Bank targets inflation of close to but just below 2% for the euro zone as a whole. The ECB aims to end its bond purchasing program by the end of the year and has signaled a possible interest rate hike next year.

The China Federation of Logistics and Purchasing is to release data on August manufacturing sector activity at 0100GMT on Friday. The survey is expected to tick down to 51.0 from 51.2. Recent data has started to show that the world’s second largest economy may be losing steam, raising concerns about the potential fallout from a full-blown U.S.-China trade war.

A great chart from Nomura showing geopolitical risk going into the end of the year. 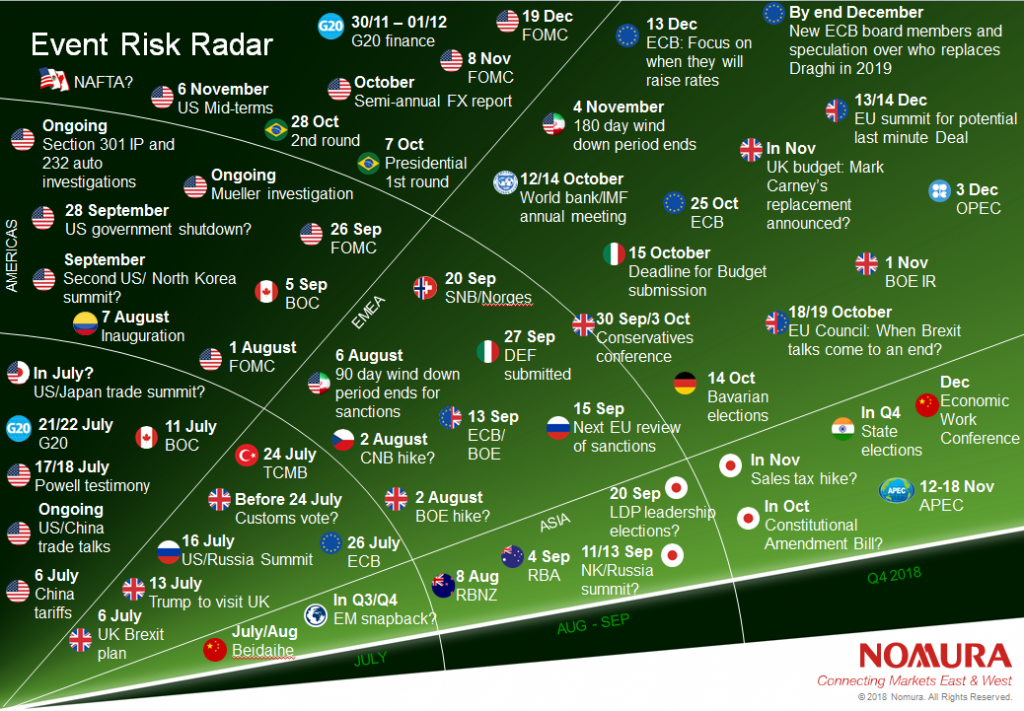 Finally a sobering reminder of the year that has been. 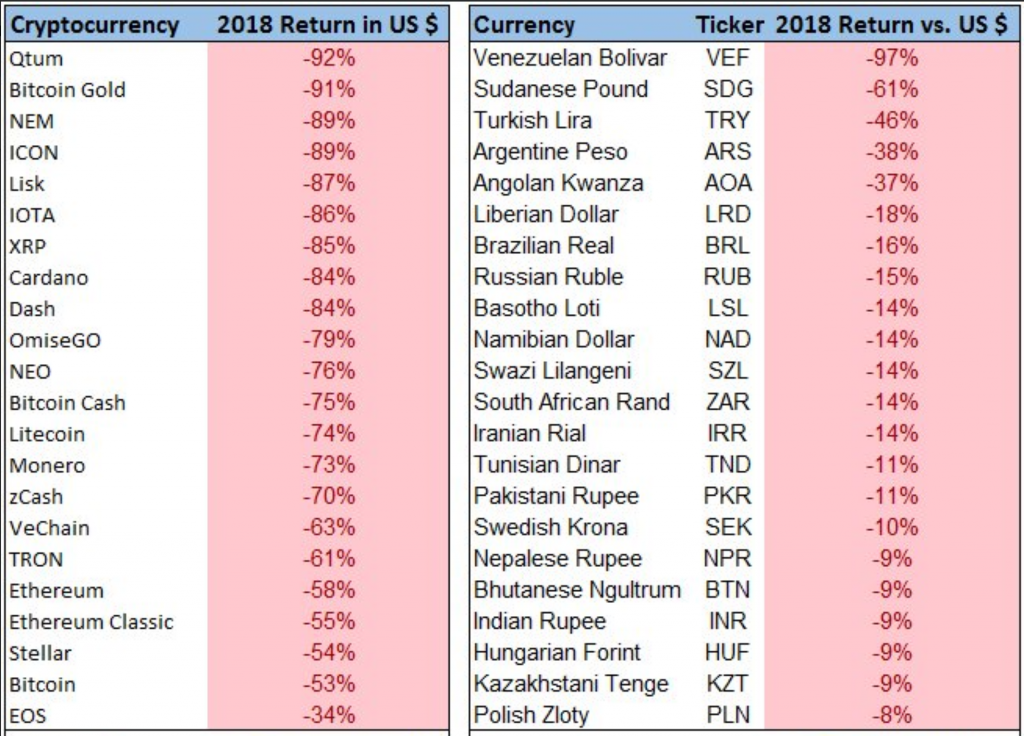